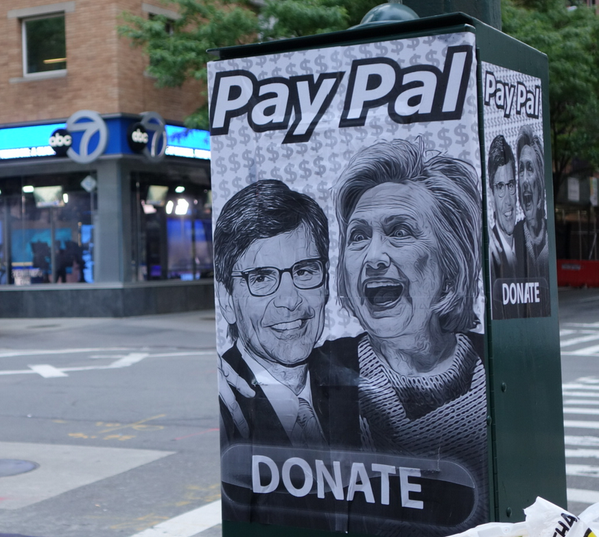 We have to face the facts; journalistic ethics is on life support, breathing its last raspy breath. Sad isn’t it? We have seen it coming over the years; the demise of real news into a sewer of tabloid and made up stories. We see stories that may or may not even be true, stories slanted to favor a particular agenda, stories that smear someone without proof or the outright manipulation and doctoring of the facts to make the story what they want it to be. Maybe that is why they call them “stories”, because the truth is hard to find these days.

We all know that the media is skewed to the “left”; that is no secret, and those of us who are paying attention watch the news with a skeptical eye. When the Trayvon Martin case broke, the facts that were known at the time didn’t fit the left’s agenda so they did what they had to do to skew the news coverage to take sides and push the narrative that Trayvon was an innocent victim. When it became clear that NBC news had “doctored” the 911 tapes making Zimmerman look like a racist they apologized and said they would do an investigation looking into it. Yeah, right.

The news coverage of the Ferguson riots and the false narrative of “hands up, don’t shoot” was fueled by the media and perpetuated for months, even after it was proven that the officer in question had done nothing wrong. Yet most people hardly know the real facts of the story because the journalists bury it on some page near the classified ads or don’t mention it at all on the nightly newscast.

Every day we are hearing that someone in the media is lying, deceiving or manipulating the truth. Brian Williams at NBC is on leave for lying and now we have George Stephanopoulos caught deceiving and covering up his dealings with the Clintons. These are two of the biggest news anchors in media today, yet both have been found to be untrustworthy and deceptive.

I wasn’t a bit surprised to hear about George because I knew his track record for years. He never was a real journalist to begin with; he was nothing more than a flunky and political hack for the Clintons during their scandalous rein in the White House. He worked on the Clinton campaign and later became the senior advisor to Bill Clinton on Policy and Strategy alongside James Carville and other notorious advisors. He has strong ties to both of the Clintons and as we now know, he has donated ($75K) and worked for the Clinton Foundation over the past few years.

Of course George didn’t mention any of this before, during or after his interview with the author of “Clinton Cash” which exposes the corruption of the Foundation and only admitted it after it was discovered by digging through contribution information. So now we have George, who is the top ABC anchor and the man who will be first and foremost in interviewing all of the 2016 Presidential hopefuls (including Hillary Clinton) and conducting major debates which will sway the voters, trying to “pretend” to be a “real journalist” with an unbiased opinion and open mind. Sure – like that’s gonna happen.

Now the question is; what is ABC to do? When this story broke, they seemed to go extremely easy on him with little more than a slap on the wrist and a half-hearted apology. It didn’t make any sense to us that Brian Williams was yanked from his position and put on administrative leave for just “lying and embellishing the truth”, while Stephanopoulos was barely reprimanded.

Why? Well, the clear and honest truth is that George has a $105 million dollar contract with ABC over the next seven years and he is “just too big to fail”. There is too much invested in him and even beyond that, he has already bought access to the “future President Clinton” which will put ABC in the cat-bird seat.

Whether or not this will all blow over and this news will become overshadowed by some other scandal remains to be seen. Still, what hopeful running for President on the Republican or Independent side would even do an interview with someone who is in the bag for Hillary? Who would agree to a debate moderated by George that obviously tilts in favor of one particular person? It’s kind of a rigged deal, don’t you think?

The astonishing thing to me is that these people like Stephanopoulos think they can get away with it, and the sad truth is, it looks like they can. Journalism as we know it is now a con game, a scam and a fraud and it is not what our Founders envisioned.

Right Is Of No Sex, Truth Is Of No Color, God Is The Father of Us All, And We Are All Brethren.

To Give The News Impartially, Without Fear or Favor.

Open to all Parties–but influenced by none

–-The (Cincinnati) Centinel of the North-Western Territory

(VIDEO) Honoring Those Who Have Fallen: Memorial Day Prisoner of War Ceremony