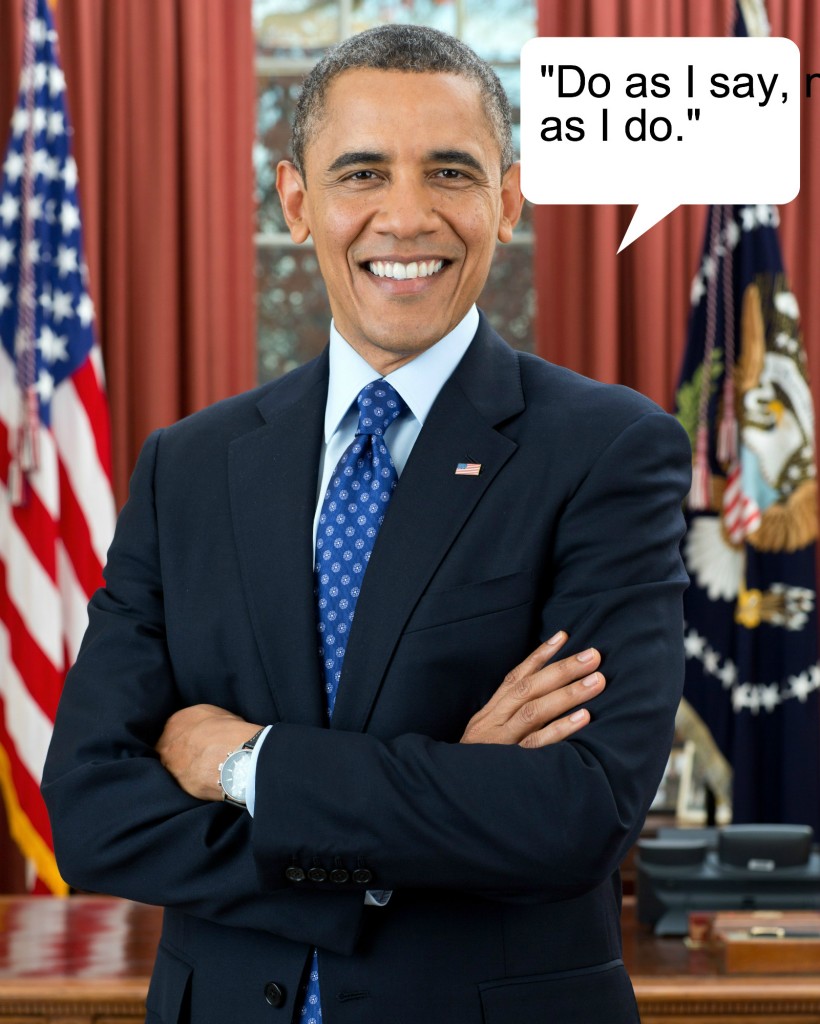 President Obama, who sends his kids to an elite private school and has done so since before he was elected president, is claiming that parents who send their kids to elite private schools are committing “wealth segregation” where they group together with other wealthy folks and live apart from people with a lesser economic status.

I can’t even believe he could say this with a straight face.

According to Obama, apparently now a historian, people in the past were more cohesive. A bank president lived in closer proximity to a school janitor, their kids hung out, possibly married, had kids of their own. All classes lived and worked together.

Now, however, Obama claims that with “wealth segregation” the “concentrations of wealth” have left some people less committed to investing in programs that benefit the poor:

“And what’s happened in our economy is that those who are doing better and better — more skilled, more educated, luckier, having greater advantages — are withdrawing from sort of the commons — kids start going to private schools; kids start working out at private clubs instead of the public parks. An anti-government ideology then disinvests from those common goods and those things that draw us together. And that, in part, contributes to the fact that there’s less opportunity for our kids, all of our kids.”

Can people not see that Obama, who himself went to private schools and sends his daughters to private schools, has no right to talk about income inequality? He sits on his lofty perch and preaches to the masses that they need to share, that no one person should have more than another.

Yet he has much, much more.

All of this was said at a Catholic-Evangelical Leadership Summit at Georgetown University. I will point out that in my opinion he should never have been a guest at a Christian summit; the man has espoused as many anti-Christian remarks as a freaking ISIS commander.

If you can stomach it, you can watch the video of his speech here.

In Defense of Liberty: Speech As Defiance