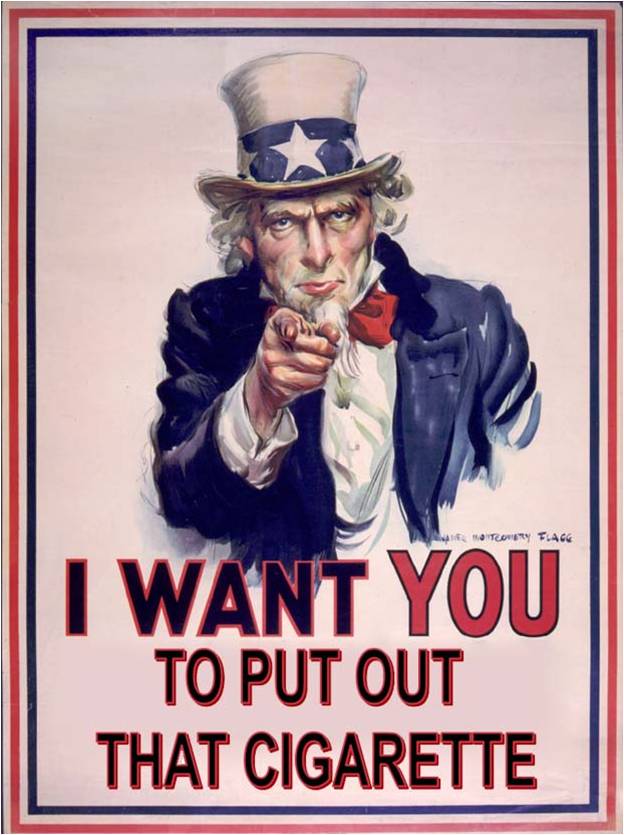 There’s a new law here in Oregon that hasn’t received much press. I find this alarming because even though the intent of the law is “good” I believe it has some very negative consequences and can lead even more overreaching laws in the future.

The law makes it illegal for one to smoke in a car with a child present. Of course I understand the meaning behind this law. Cigarette smoking is unhealthy. It’s unsafe for anyone, smokers and non-smokers alike.

One of the reasons why this law makes no sense is because the kids are still going to be around the smoker at home. What’s the difference if they’re in the car or sitting next to their parent on the couch while the parent is smoking?

And where will we draw the line? What’s next? A police officer can see an ashtray on someone’s front porch and a swing in the yard and decide to make up a reason to knock on the door, see the parent smoking, a child in the room, and then ticket them?

I tried to voice my opinion on the nanny state that Oregon is in a local group on Facebook and received the snarky comments like, “Oh wow, what’s next, the big bad government taking away babies from meth addicted moms?”

Ignorance is bliss, I tell you. This is a law that is going to impinge on personal property and rights of a person to make their own poor decisions. Yes, the child has a “right”, per se, to clean air. The parent is “impinging” on that right. But then again, the parent is also “impinging” on the right to healthy food by letting the kid have a Happy Meal. Hurting their ears by using foul language once in a while. Corrupting their brains with loud music.

My point is not to say that cigarette smoke is healthy for kids. It’s not. My point is that the government has no right to come into our personal spaces, our lives, and tell us what we can and can’t do. Next thing you know, they will be overseeing our snacks at snack time!  Oh wait—

Movie Review: "Tomorrowland" ONE out of Five Stars