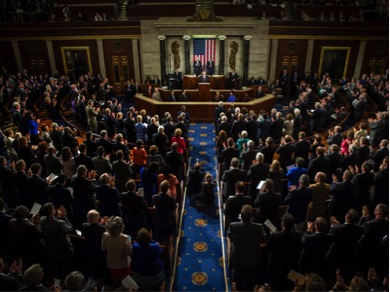 U.S. Representative from South Carolina, Mick Mulvaney, has been at the forefront of a House battle between GOP leadership and rank and file members of Congress. The House voted on Wednesday to renew the USA Freedom Act, despite House leadership refusing to allow a single suggested amendment to come up for a vote. Congressman Mulvaney explained his vote of No on the USA Freedom Act on his Facebook page.

I voted against the USA FREEDOM Act yesterday. While some of my objections to the bill mirror those voiced by others such as Justin Amash (R-MI) and Jared Polis (D-CO), I had other concerns as well. As the general concerns — most specifically whether the bill really stops the bulk data collection — have been widely reported, I thought I would comment here about my particular problems with the bill.

Simply put, the process by which we voted on the bill represents a lot of what is wrong with how Congress works. Once again, our own House leadership prevented any amendments to the bill from being considered. And there were some good amendments that were offered, and on which many of us would have liked to have voted, if only to let people know back home that we shared their concerns about the bill. Even if the amendments had been offered, and failed, at least people would know that we are listening to and care about their issues.

But, I didn’t have that chance. I have no clue if that was to protect some pre-arranged agreement with the Senate, or — as is common — “to protect vulnerable members from tough votes.” But the bottom line is that no rank-and-file members had a chance to participate in the process. And that is simply a lousy way to run a government.

So, as my decision was to either rubber stamp a bill that I had some concerns with, or to vote no, I voted no.

Constitutes responded largely with comments of support but some were angry and felt that Mulvaney was partially to blame for the current leadership. One noted, “Did you not vote for the current leadership Mick?” “Yes. Yes he did. Rep. Mick Mulvaney rolled over and put up absolutely no resistance. After we told him that he needed to vote for someone other than Boehner, he voted for him anyway.”

In fairness to Congressman Mulvaney, when the House voted for leadership positions not one single other member offered to run for Speaker. It was not until after the election and Boehner was the only candidate offered and thus elected…that other Representatives then came forward to offer their names in a bid that was too late to be effective.

Daniel Greenfield: The Free Market is Not a Suicide Pact