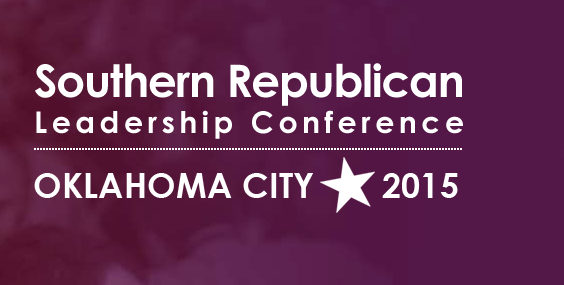 As he prepares for a likely 2016 presidential run, which he said he might announce at the end of June after Wisconsin passes the state budget, Walker mentioned it critical to find someone who can move this country forward.

“Part of the reason I’m even thinking about what I’m thinking about, and we haven’t announced anything yet, I think going forward, we need someone who can fight and win the battles we need to move the country forward with common sense conservative reforms. That’s what we need to move America forward.”

Walker received thunderous applause and a standing ovation before he began his speech with “conservative reforms” he passed in his state, such as pushing the state to adopt right-to-work laws and requirements to ask for identification when voting, along with defunding Planned Parenthood.

“There are a lot of folks out there who have done a really effective job winning elections, they have won a lot of elections but they haven’t taken a lot of fights,” Walker said. “I have yet to see anyone in the field or approaching field who has done both.”

On President Obama and former Secretary of State Hillary Clinton, Walker criticized them for their desire for bigger government.

“I listen to people like President Obama and Hillary Clinton, I would swear that they think you grow the economy by growing government,” Walker said. “There’s a reason we take the Fourth of July off and not the 15th of April, because in America we celebrate our independence from the government not our dependence on the government.”

Santorum at #SRLC2015: “ISIS was created by Barack Obama.”

“Four years ago we didn’t talk about national security, but not its front and centered” Santorum mentioned while criticizing his fellow republican candidates and knocking on the Obama-Clinton foreign policy team.

“We can’t have a nominee against Hillary Clinton who sees commander in chief as entry level position, we need someone who has experience in this area, someone who has served in Washington on relevant committees like the Armed Services committees, worked on national security issues” Santorum said. “We don’t want a candidate who represents the party whose foreign policy experience is a briefing book.”

Santorum criticized the recent headlines questioning President George Bush’s going to war with Iraq. “Trying to nail Republicans for what happened six years ago is irrelevant; what’s relevant is the policies of this president that created ISIS,” Santorum said. “ISIS was created by Barack Obama, reporters should ask Hillary Clinton if she supported President Obama taking troops out of Iraq.”

Santorum said he knows the United States is “war weary” but states that it is time to “take a solid stand against ISIS.”

“I want to make sure we take the fight to them before they bring the fight to us,” Santorum said. “If ISIS wants to bring back a 7th century version of Islam, then we need to load up our bombers and bomb them back into the 7th century where they belong.”

On other issues, Santorum mentioned he intends to release a tax cut plan that includes ending the IRS in the next couple of weeks

Santorum plans to announce his bid for presidency on May 27 at a factory in Pennsylvania.

Perry at #SRLC2015: “Leadership’s not just a speech on the Senate floor, it’s a record of action.”

During his time on stage, Perry touted his record as governor outlining how he will be an ideal candidate for president. “Leadership’s not just a speech on the Senate floor, it’s a record of action,” Perry said.

Arguing this election is going to be “ show-me-don’t-tell-election”, Perry mentioned that executive experience matters

“Nobody gave me the manual on here is how you handle Ebola, since its going to show up to your state first and nobody gave me a how to book to deal with 70,000 children in our border, and that is what executive leadership is all about, that’s what I think America is hungry for, someone who has been tested and we’ve been tested in the state of Texas.”

On energy, Perry said Oklahoma is the ground zero of energy revolution.

“We also need a president who recognizes American energy is vital to the future of this country, both economically and from our national security. Our current president says he supports American energy, but he just doesn’t support the drilling for it, the transporting of it or the exporting of it.”

“Ramadi was the place where the Sunni awakening occurred. Where Sunni leaders banded together and stopped the insurgency, working with the Americans. Years later, now we have ISIS rolling across the country in American vehicles with American weapons taking areas that we had secured with the treasure of American blood,” he said.

Perry ended his speech of a story with his father standing in a cemetery he attended for the 6th of June liberation. “The country they have sacrifice for to an America they would never return home and every one of those headstone are standing there is silence and judgment of us today asking that question whether their sacrifice was worth it and I wanna give them that answer in November of 2016 when we elect a patriotic American Republican president of the United States and we put this country back on track to be the best of the world.”

Perry will announce his candidacy in Dallas, Texas on June 4th and will feature several well-known military veterans.