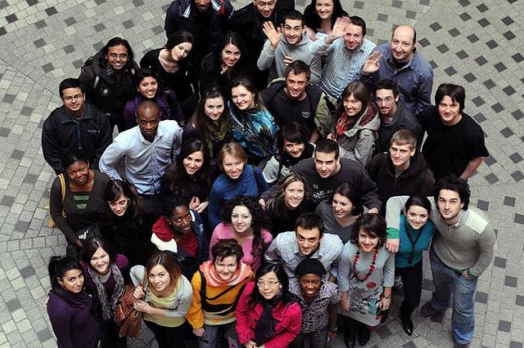 Could it be possible that younger voters will actually swing toward the GOP in 2016?

After all, before the 2014 midterm elections, Harvard’s Institute of Politics released a national poll of 18- to 29-year-olds which found millennials to be swing voters divided down party lines with a slight skew toward the GOP.

The results represented a dramatic change from polling in previous midterms elections, which have historically found millennial voters to be decidedly Democratic.

The Harvard Poll revealed only 26 percent of millennials polled planned on voting in the midterm elections, of which 51 percent said they were leaning toward the Republican party, while only 47 percent reported they had an intention to vote Democrat.

The poll also revealed that the Republicans were the party of choice among those who “definitely” intended to vote in the midterms.

As Harvard Institute of Politics Director stated, “The IOP’s fall polling shows that young Americans care deeply about their country and are politically up-for-grabs. Millennials could be a critical swing vote. Candidates for office: ignore millennial voters at your peril.”

Of course, we remember that the 2014 midterms turned out to be historic.

So, now where are the millennials trending for 2016?

“New York Times features a similar study, commissioned by the same Harvard team, in which it is suggested that there has been some movement in the presidential realm as well.

Young voters still predominantly back Democrats when it comes to presidential elections, according to a new poll by Harvard University. But their edge is starting to shrink.”

“Indeed, 55 percent of those polled, which included likely voters from ages 18 to 29, preferred a Democrat to maintain control of the White House in 2016, compared to 40 percent who wanted a Republican. But that is a far cry from the 67 percent of millennials who voted for President Obama in 2012. The I.O.P. nationwide poll was conducted online by GfK March 18 to April 1 with a random sample of 3,034 adults aged 18 to 29. The margin of sampling error is plus or minus 3 percentage points.  ‘The margin at the moment looks much more like the 2004 race than the Obama campaigns,’ said John Della Volpe, the director of polling at the Institute of Politics at Harvard. ‘If Republicans can hold the Democrat nominee to less than 60 percent of the young vote nationally, their chances are dramatically improved for a Republican electoral college win, in my opinion.’ Perhaps most encouraging for Republicans is that the younger half of the millennial generation, those from 18 to 24, offers an opportunity to make inroads.”

Of course, Cooke also points out:

“All of the usual caveats apply. We do not know who will be the Republican nominee. We do not know whether Hillary will successfully parlay her “first woman!” message into a historic victory. We do not know how the economy will be doing by November 2016. Still, if this is the case, the Democrats’ road will be a little narrower than expected. The GOP, remember, does not need to win all young people or all Hispanic voters or all of anyone at all. Rather, it needs to win enough to “top up” its existing advantages and to puts its electoral college numbers over the edge. It is usually asserted that demographic change will push America in one direction only, and that this is a direction that conservatives will not like. Add forty percent of the young vote to 2012’s total, though, and the Right’s challenge looks a little less daunting.”