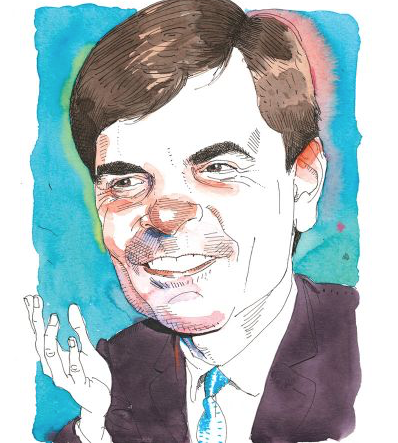 Once I worked for a Savings and Loan association with my last position as a senior clerk in the Loan Service Department. It was my job to ensure every mortgage holder maintained fire insurance on the property; we had more than one million loans at that time, my days were filled. I recall a telephone conversation I had with a customer whose insurance had lapsed and she asked me to recommend a different insurance company. When I told her I was not allowed to do so as it was a conflict of interest for me, she failed to understand. I explained that since the terms of her mortgage required her to maintain fire insurance, it would not be proper for me to steer her toward any company in particular. After a few more unsuccessful attempts, I suggested she try her telephone directory.

A conflict of interest is a rather simple matter, both sides of the issue. Generally it is the appearance of impropriety, though in some cases it can take on a more nefarious, even devious tone. It was revealed this past week that George Stephanopolous, former political advisor to both Bill and Hillary Clinton, now on-air personality at ABC News, had made three successive donations in the amount of $25,000 to the Clinton Foundation. The news stories and discussions on news shows have all characterized the donations as a conflict of interest considering Mr. Stephanopolous’ post, the stories he has covered, and the people he has interviewed. It is actually much worse than just a conflict of interest. What he has committed is a serious breach of journalism ethics, plain and simple.

George Stephanopolous has a B.A. in Political Science from Columbia University and an M.A. in Theology from Balloi College. His biographical information includes much discussion of his interest in politics, positions he has held in that area, and the fact that his father wanted him to become either a priest or a lawyer. I do not see, nor have I heard discussed, any moment spent in journalism studies, no thought to that as a career no matter he is called a journalist these days. Unless I am much mistaken, I do not believe Mr. Stephanopolous spent one moment in the class subject of the Code or Canon of Journalism Ethics in order to know full well what he did was a violation in every sense of the word. Even so, a decent amount of honest conscience ought to have pricked at him when in April he was interviewing Peter Schweizer, the author of the book “Clinton Cash”. It was not possible for the author nor the viewers to know that Stephanopolous had a personal reason to discredit Mr. Schweizer’s well-investigated contentions, the reason being not just his earlier professional relationship with the Clinton pair. In an intemperate tone and manner, others have described it as a grilling, Stephanopolous interrogated the author, interrupting responses to questions, making demands of Schweizer to provide proof of criminal actions by Hillary Clinton specifically, regardless that is not the job of a book author. In subsequent interviews, namely an April 29th spot on The Daily Show, Stephanopolous continues his effort to discredit the book while still the general public is ignorant of his own connection to the subject at hand.

It is not the contributions in and of themselves that is the ethical breach, although it is the stated policy of ABC News and other media outlets that such things with political ties/insinuations ought not be done. Stephanopolous and his many defenders have been all over news channels this week to make great sanctimonious statements on how much he cares about the issues to which he donated his money – never mind that the Clinton Foundation is hardly the place to get bang for the buck, providing less than 15 cents out of every dollar taken in to needy causes, the majority of the Foundation’s funds spent on salary, travel, and the nebulous “Other” category according to their accounting books – in fact, in his so-called apology, there was an almost “What’s the big deal?” tone to his voice. The big deal, George, is that you did not make it clear to the author nor your viewers, nor your employer, that you had given so much of your own money to the Foundation before you held the interview. Had you done so, your editors would have recognized what was indeed then a conflict of interest, and you would not have bern allowed to do the interview.

Or would you? ABC does not seem to have any problem with this breach of ethics, in fact, they see fit not to penalize Stephanopolous in any way. It appears they too do not see the wrong done by this man, not an impartial journalist/newsman as labeled now but in truth, nothing more than a career political operative being allowed to have anything to do with situations involving Bill or Hillary Clinton. He was allowed to moderate the Democratic presidential primary debate in 2008, asked direct questions of his former employer Hillary Clinton, yet no one batted an eyelash. As an avowed Democrat, one who does not hide his partisanship on air, was it really so surprising his sand-bagging of Mitt Romney later, a question on the out-of-the-blue topic of banning birth control which led to the Democrats’ strategy of (falsely) accusing the GOP of waging a war on women?

George Stephanopolous has been relieved of debate moderator duties for now, but that is not nearly enough penalty for having committed the wrong he has done. What saddens me has been to discover how many true journalists, both left and right, who actually did attend journalism classes on the Code, the Canon of Ethics are showing they either were not paying attention during class or have forgotten it entirely. What George Stephanopolous has done was egregious, but all too many are brushing it away as typical of Washington these days. I only hope as the investigations into the much-too-coincidental payments for speeches from Bill Clinton snd then foreign contributions made to the Foundation, unreported by then Secretary of State Hillary Clinton while she was directing activities involving those making the contributions, go on, more will view this particular situation with as much outrage as I have.