John Kerry returns from his latest Russian visit bearing two baskets of potatoes and a t-shirt. 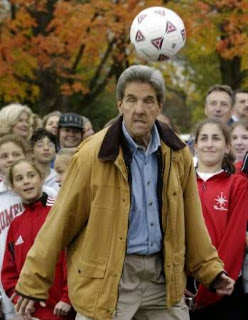 The t-shirt, given to him by Foreign Minister Lavrov, might as well say, “I wasted my time in Russia and all I got was this shirt.”

It’s a diplomatic success only in relation to Kerry’s previous humiliations such as the time that Russia’s adeptly slimy foreign minister kept him waiting for a week before returning his call while the State Department spokeswoman announced to the world that Kerry was “ready to talk whenever Foreign Minister Lavrov can find the time.”

The Putin regime enjoys humiliating the United States, but even it seems to have tired of degrading Kerry who ruins their fun by failing to realize what is going on. Instead Kerry has become a nonentity; a forgotten messenger boy. It’s a fitting purgatory for the formerly tireless leftist activist in the Senate.

It wasn’t all that long ago that John Kerry was being touted as the last best hope for diplomacy. No one could quite admit that Hillary Clinton and Barack Obama had made a complete mess, but the sighs of relief when John Kerry got the job instead of Obama’s dishonest crony Susan Rice spoke volumes.

American diplomacy had never before hit the low point that it had under Obama and Clinton. Liberals with an interest in foreign policy had expected professionalism; instead the two politicians used it as their private piggy bank. Obama handed off ambassadorships to key countries to big donors while Hillary spent more time seeing to the interests of Clinton Foundation donors than to our national interests.

Obama had campaigned as an internationalist who would put aside the provincialism of the Bush years to build meaningful multilateral relationships based on his experience with other countries and cultures. But once in office, he treated visits to other countries like domestic campaign trips to obscure states.

Foreign leaders soon found out that an Obama visit was usually a cross between a photo op using their historical landmarks as background and a vacation. While his gaffes and embarrassing behaviors got the most attention, the underlying problem was that he didn’t understand what his job was. His routine of self-important speeches and announcements of billion dollar programs that would never materialize was built for his endless domestic campaign and its lapdog media. And it didn’t play well internationally.

Obama refused to understand how international relationships work. His grand plans for an end to nuclear weapons, wars and industry were big ticket progressive items with no relevance to events in the real world. Two out of three of them quickly ended up being scrapped. His undermining of American allies in the Middle East with the Arab Spring poisoned diplomatic relations in the region. His weak and erratic response to Russian aggression discredited his administration in Eastern Europe.

As it turned out, Obama did not have a foreign policy, he had a domestic policy. His failure to work together with Republicans at home was more than equaled by his failure to work with allies abroad. At home or abroad, he came with a pre-approved progressive program that ignored emerging crises and which he refused to budge from until a crisis became severe enough to threaten his popularity.

An experienced White House staff might have eased the problem, but Obama was surrounded by fellow amateurs and egomaniacs putting the progressive agenda ahead of pragmatic diplomacy. And his Secretary of State, Hillary Clinton had little real experience. In the past, she had told a number of lies to compensate for that by manufacturing imaginary achievements. 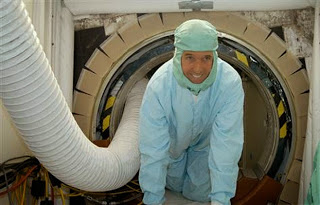 Hillary claimed that she had “helped to bring peace to Northern Ireland” and negotiated open borders for Kosovo refugees. In the real world, her practical experience was extremely light, but heavy on theory. Hillary Clinton was anxious to present herself as extremely knowledge about foreign affairs, but she preferred to avoid actually putting theory into practice because it might interfere with her future political campaign.

To the misfortune of America and the world, both the White House and the State Department were led by politicians with little understanding of foreign affairs who wanted photo ops for their domestic political campaigns more than they wanted to actually put in the work to get things done. John Kerry was supposed to change all that. An unlikely repeat presidential candidate, Kerry was not holding down the job as a platform for seeking higher office. Instead the career activist would finally have a direct line for putting his feverish foreign policy obsessions into practice.

And Kerry did not disappoint, immediately diving into deep waters, aggressively trying to revive the corpse of the dead peace process between Israel and the terrorists, circling frantically around Syria and even chasing after Russia. It was a striking contrast with Hillary’s empty tours or Obama’s vacation diplomacy. There was finally a Secretary of State willing to take on the big issues.

Kerry cheerleaders had forgotten that while he genuinely did care about foreign affairs, unlike Hillary, his diplomatic adventures had been that of a professional patsy for assorted totalitarian states. It took the rise of a genuinely delusional Democrat like Obama to make Kerry seem like the voice of reason.

Obama was oblivious to the way things were done. Kerry was just oblivious. He understood the forms of diplomacy, but was as inept at assessing the sincerity of the other side as a sucker at a used car lot. When it came to Syria, no one could forget his pandering to Assad, and his confused statements made an already incoherent administration policy seem like it was coming apart at its contradictory seams.

And Kerry couldn’t keep his big mouth shut. Before long the real job of the State Department spokespeople became explaining what Kerry had really meant. Kerry’s infamous ‘for and against’ gaffe had helped take down his presidential bid, but miscommunications in diplomacy are far more damaging. Most governments read comments at a more subtle and convoluted level than the United States does. Kerry’s statements, misstatements and corrections were interpreted as double-dealing by America.

Obama let him have his way on Israeli and even lent some of his personal prestige with a visit, but Kerry botched the negotiations by letting the terrorists walk all over him and then insisting that Israel do the same. Then he made the mess into an even bigger disaster by blaming Israel for the failed talks.

That incident reinforced Netanyahu’s conviction that Obama could not be trusted. Netanyahu had gone out on a limb for Kerry by making unpopular concessions while receiving nothing in return. And after all that, Kerry had turned around and stabbed him in the back. Not only had Kerry precluded further Israeli participation, but his promises on Iran were viewed as worthless in Jerusalem. 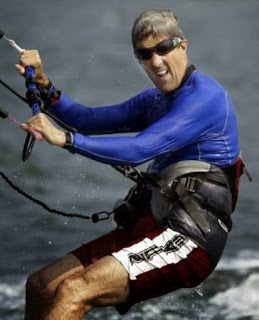 Obama stopped paying whatever little attention he had to Kerry. And Kerry became the man who totes potatoes back from Russia while imagining that he is changing the world. A clown in a diplomatic circus he is too oblivious to see.

The agenda isn’t set by Kerry. It isn’t even set by Obama. It’s set by anyone and everyone else.

Iran has gotten its way on the nuclear program. The Saudis have turned up their noses at Obama’s summit. Israel has led a loud protest campaign against the nuclear deal. The Saudis still insist on bombing Yemen. Iran insists on raising tensions with its expansionism around the region. The United States is unable to do anything about this because, aside from everything else, it no longer has any relationships abroad or credible voices to carry its message.

Kerry finally had the power to make the changes that he always wanted and proved once and for all that he is not a brilliant diplomat or a deep thinker, but a miserable failure.

And American diplomacy has failed with him.

Bogus Story of the Week: Sometimes Pictures DO Lie.