The great paradox of the War on Terror is that we are fighting an enemy that doesn’t exist. We are told incessantly that there is no such thing as a Muslim terrorist. 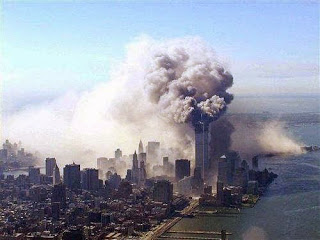 This tiny minority has killed thousands of Americans. It has the support of entire governments in tiny countries like Pakistan (182 million), Iran (77 million) and Syria (22 million). We are told that this tiny minority is no way representative of the world’s billion Muslims, and yet it’s hard to find a Muslim country that doesn’t support or harbor a terrorist group.

We were told that the problems was their governments, but the Arab Spring showed us that democratic elections lead to governments that are even more supportive of tiny minority of extremists who are somehow taking over entire countries.

Everything we’ve been told is obviously a lie. And the best evidence comes from the liars themselves.

The media is howling that a bunch of cartoonists in Texas were irresponsible for sketching Islam’s dead warlord because they should have known that Muslim terrorists would come to kill them for it. But if the media is right and Islam is a religion of peace, then why should they have anticipated a terrorist attack?

And if Islam isn’t a religion of peace, then the media has been irresponsibly lying to us and the cartoonists have been risking their lives to warn us of that lie.

The talking heads on the television insist that the cartoon contest was irresponsible because there were bound to be “some crazies” who would “take the bait”. But if Islam is no more violent than any other religion, shouldn’t it be just as statistically likely that some Christian or Jewish crazies would attack one of the art exhibits, plays or musicals ridiculing and blaspheming against their religions?

Weren’t museums and galleries exhibiting “works of art” like Piss Christ or Shekhina provoking and baiting those Jewish and Christian crazies? And since there are more Christians than Muslims in America, isn’t it statistically far more likely that there should have been far more Christian terror attacks targeting blasphemous exhibits?

We can only conclude that there is a much higher proportion of “crazies” among Muslims than among Christians. How much higher? 78 percent of Americans identify as Christians. 0.6 percent claim to be Muslims. Only 0.3 percent appear to be Sunnis, who are responsible for ISIS and Al Qaeda attacks.

What keeps the lie alive is another paradox. Call it Schrödinger’s Jihad. The more famous Schrödinger’s Cat is a paradox in which a cat in a sealed box with poison that has a 50 percent chance of being released is in an indeterminate state. It is neither dead nor alive until someone opens the box.

In Schrödinger’s Jihad, the Muslim terrorist is in an indeterminate state until some Western observer opens the box, collapses his wave function and radicalizes him. The two Muslim Jihadists were in an indeterminate state until Pamela Geller and Bosch Fawstin and the other “provocateurs” suddenly turned them into terrorists in a matter of days or weeks. It didn’t matter that Elton Simpson, one of the Garland terrorists, had already been dragged into court for trying to link up with Jihadists in Africa.

Every Muslim is and isn’t a terrorist. He is both a peaceful spiritual person who is eager to embrace our way of life and a violent killer who can be set off by the slightest offense. Like the cat in the box that is neither dead nor alive, he is both violent and peaceful, moderate and extremist, a solid citizen and a terrorist. He does not choose which of these to be or to become; we decide what he will be.

The Jihadist paradox is that the Muslim terrorist is always defined by what we do, not by what he does. 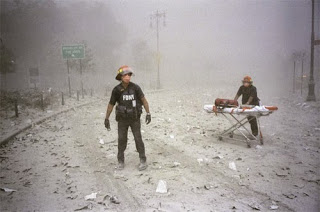 Islamic terrorism does not exist independently of the Western observer. It is not a Jihad with deep historical and theological roots within Islam, but a reaction to our interactions with Muslims.

The real threat is not from the terrorists, it’s from the truth.

When we tell the truth, people die. The truth turns Muslims into terrorists while the lies soothe them back into non-existence. Underneath all the academic terminology is the dream logic of wishful thinking. If we believe that Islam is a religion of peace, it will be a peaceful religion, and if we accept the reality that it’s violent, then it will become violent. Islam does not define itself. We define it however we want. Our entire counterterrorism policy is based around the perverse ostrich belief that Islamic terrorism is a problem that we create by recognizing its existence. If we ignore it, it will go away.

The lies about Islam are sustained by a deep conviction among liberals that the “Other” minorities are not real people with real beliefs and cultures, but victims in a game of power played out in the West. Islamic terrorism, like gay marriage or Global Warming, is just another step in the progressive pilgrim’s progress. It’s a problem that we caused and need to atone for in our cosmic karmic journey.

Westerners are privileged observers who have power while those minorities they observe do not. The duel between the Western left and right is taking place outside the box to determine what will be in the box once it’s forced open, while the oppressed minorities are in a state of indeterminacy in the box.

The Schrödinger’s Jihad paradox has many other adjoining boxes. Some are filled with dictators and criminals. If the progressive observer can open the box and find the root cause, out comes a good person; if the right opens the box, then out will march the terrorists, drug dealers and warlords.

The other side of the rhetoric about oppression and colonization, of punching up and punching down is the conviction that those at the bottom do not have free will or agency. If the mugger chooses to mug, rather than being driven to it by poverty, if Nazi Germany and the Soviet Union gleefully chose conquest instead of being forced to it by Western imperialism, and if the Muslim terrorist is not a helpless victim, but an abuser, then the moral imperative of the left’s worldview collapses in a heap.

If Muslims are real people who are at least as capable of imperialism, racism, slavery and destroying the planet as any Westerner, and who have been doing all of these things a lot longer, then leftists would have to accept that they are tearing down the most progressive civilization on the planet on behalf of ridiculously reactionary civilizations. Not only would they no longer be the privileged observers in control of the future, but they would have to see themselves as destroyers of what is left of the future.

The left refuses to blame Islam or Muslims because that would mean admitting that they are people.

Schrödinger’s Jihad is a child’s toy box for overgrown children who view Muslims as social justice dolls and terrorist action figures instead of people as flawed and complicated as they are. The left refuses to take Islamic theology seriously because it is incapable of understanding different points of view.

It approaches Islam as a race, rather than a religion, because it refuses to delve into what its beliefs are. Instead it chooses to see Muslims as blank slates to be filled with its ideology, as indeterminate patterns that can be reshaped into whatever they want them to be. It does not want to know what it says in the Koran, because that ruins its wonderful fantasy of Muslims as an oppressed race, rather than a creed. 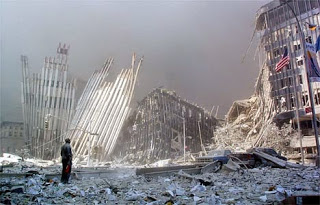 Lies that are based on what we want to be true are the hardest to disprove. A lie that is tied into identity cannot be touched without destroying the entire identity of an individual or a movement.

The lies about Islam run into the heart of what the left is. To the left, everything is indeterminate and everything can be reshaped. Existence flows from power and power is pitted against progress. By destroying that which exists, they can bring their dreams to life. The dream is stronger than reality.

The left doesn’t really believe that Muslim terrorists exist except when we bring them to life. The real animating force behind Al Qaeda was George W. Bush or Dick Cheney. The true power behind ISIS is Pamela Geller or the Pentagon. The Westerner opens the box and the Muslim terrorist comes out. When Western civilization as we know it is destroyed, then the left believes Muslim terrorism will end. Kill the observer and the cat never existed. Destroy the dreamer and the nightmare dies with him.

Daniel Greenfield: The Free Market is Not a Suicide Pact

Libertarian Nat’l Chair to GOP: “Get out of the Libertarian Party’s way”