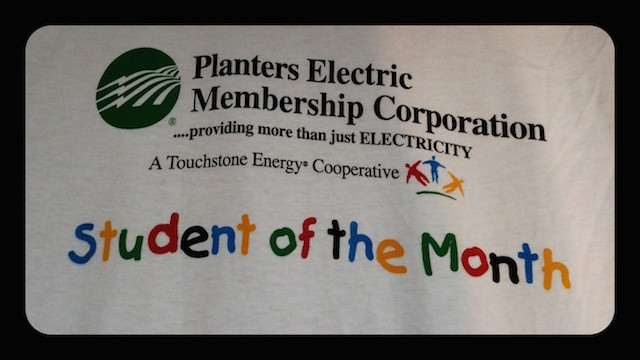 An arrest warrant was issued for mother and substitute teacher Julie Giles of Screven County in the town of Sylvania, Georgia over seven unexcused absences. Her crime is keeping her fourth grader, Samuel, home from school while sick without providing “additional documentation” to prove that he was ill. The warrant for violation of the “mandatory education for children law” was issued the day before Mother’s Day and just days before Samuel—an honor student—received a student of the month award. Giles’ husband was not charged.

In addition, Screven County Schools will not excuse an absence if the excusal note is not presented within three days after the student returns to school. Potentially, a parent could send their child to school with the note, but if the child doesn’t submit it or if the office loses it, then it could create attendance issues that could lead to an arrest warrant.

The policy, in essence, removes a parent’s right to excuse his or her child, criminalizing their decision to keep sick children home without verification from a doctor—which can mean unnecessary visits to the doctor as well as additional expenses with co-pays. Some might argue this to be a discriminatory practice, causing hardship on low income families.

“Excuses for absences shall be furnished in writing, must be signed by the student’s parent or guardian and shall specifically state the dates and reasons for absences. Excuses written by parents will be accepted for up to (5) five absences total. Any absences thereafter will require additional documentation (as required by the principal or designee) or it will be UNEXCUSED.

In order for any absence to be excused, the student must present the written excuse within three (3) school days after returning to school.”

Requests for comment were sent to the Screven County Elementary School principal and the Superintendent of the Georgia Department of Education which went unanswered. Screven County Schools Superintendant William Bland told the local media outlet WOTC that several parents have already been convicted in these situations this school year.

If convicted of the seven unexcused absences reported by the school district, Giles could be sentenced to a $700 fine, seven months in jail, or a combination thereof. David S. DeLugas, attorney and Executive Director of the National Association of Parents, represents Giles. Both shared their thoughts on the case in a phone interview with Politichicks.

DeLugas took issue with a policy that only allows five absences to be excused by parents. “If the school cannot take the word of the parent that the child is too sick to go to school, then that’s a problem with government.”

DeLugas also questioned the intention of a law or policy that does not take into account educational progress. “If your child is learning, regardless of attendance, the inquiry should be if there is any harm done by absences. The goal is education, not attendance.” He added, “You don’t get punished if your child fails, only if they don’t show up.”

If the true goal is education and not attendance, Giles would not have been charged. According to DeLugas, the school district is given a wide range of discretion in determining if charges should be filed. He maintained that if the child is educated and learning, excusing attendance should not be an issue. “Attending school is not the same as learning,” DeLugas said, “so when a child is doing reasonably well, and in Julie’s case excelling as an honor student, he is learning. But then the government has the power to tell the parent ‘your decision of your child not being well enough to attend is not good enough for us.’ And that’s a problem because under our Constitution, the US Supreme Court has said that unless harm to a child is shown, parents alone have the right to make decisions about their children.”

Giles described what it was like to turn herself into the sheriff on the warrant, with her husband by her side. She said that she didn’t feel like she did anything wrong, and went in with her head held high where they shackled her ankles and took a mug shot. She described the sheriff and department employees as kind in doing their job. She was released without bond. Emphasizing that she was not mistreated by the sheriff, she noted that the shackles left her ankles bruised with black and blue marks.

Giles shared about how this experience has educated her family on the lack of concern school policy shows for children. “I would like for the policy to show true concern about the child as an individual and go by individual cases. Both of my boys have been traumatized by this. If the school was concerned about my child, they would have handled this differently.”

Her impression of her children’s response was that they felt helpless because they were unable “to protect their mama.” She said that Samuel blamed himself for being sick. Giles stated, “What they did to punish me was more serious than Samuel being absent from school.”

The community response has been mostly an outpouring of support for Giles, but she said that there are administrators from the school who won’t make eye contact with her in public since the warrant was issued.

DeLugas is representing Giles pro bono. He stated, “The National Association of Parents is a 501c3, serving all parents, both married and unmarried. We are very small, and the few cases we take, we don’t charge for because we don’t believe parents should have to pay for defending their constitutional rights.” He invites supporters to donate to the Giles cause or become a member of the National Association of Parents so that his organization can continue to defend the constitutional rights of families free of charge.

Giles’ court date is scheduled for July 14. The Giles family is currently weighing their options on the best educational placement for their children for the next school year.

Seeking Truth About the Death of American Hostage Kayla Mueller