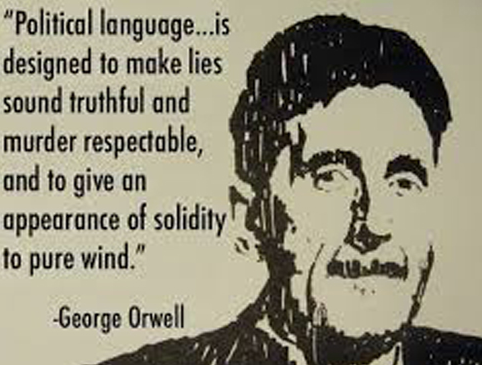 Yes, Arne Duncan is at it again, threatening parents with federal government intervention as the Opt Out movement continues to grow.

The Opt Out movement is indeed growing. Thousands upon thousands of children are opting out of the high stakes testing that come with the Common Core. High stakes testing are not new but parents are beginning to see the danger, therefore opting their kids out.

Recently at a Seattle high school not one single junior showed up to take the Smarter Balanced assessment. Two big cheers from a Common Core adversary!

I’ve written about how the Opt Out movement might unintentionally help the education reformers by “forcing” them to come up with new assessments that won’t be called assessments but will, in fact, be doing the same thing to your child, only more often and without you knowing it.

Thus I really do not know if this threat from Mr. Duncan is a dog and pony show or not. Either way, it makes for a good article that pokes at the esteemed head of the United States Department of Education.

Duncan thinks that if the Opt Out movement continues to surge ahead that the states will step in and force consequences on schools, teachers, students, and parents. And, of course, if the states don’t do it, the feds will.

In a Q&A session in Chicago last week, Duncan didn’t elaborate on what the federal intervention might look like. It could, however, involve labeling districts with too many opt-outs as “failing,” a status that places restrictions on how schools use federal money. This would in turn pressure state government and school districts to roll back parental opt-out rights.

Duncan also maintained the Obama Administration’s position that standardized tests are crucial for both tracking students’ progress and keeping tabs on the achievement gaps between certain groups.

Hey Arne, do your children, or Mr. Obama’s for that matter, even take standardized tests? That would be a resounding NO.

Not only is Big Brother going to have to come and discipline us naughty U.S. citizens for trying to direct their children’s education, but apparently it’s, wait for it…ALL WHITE PEOPLES’ FAULT!

Yes! Ding ding ding, we have a winner folks! When flailing around and not having a good reason to shove these assessments on the unsuspecting public, at least not a reason you could actually share with the public (how many parents would love to hear their child is being psychologically assessed and profiled here?), the best thing to do is claim RACIST!

Immediately you shut the conversation down. EdWeek explains Duncan’s reasoning:

“What’s more, the goal of testing is really about ensuring about equity of opportunity. In the past, English Language Learners, students in special education, and racial minorities were “swept under the rug,” Duncan said. “Folks in the civil rights community, folks in the disability community, they want their kids being assessed. They want to know if they are making progress or growth.”

Yeah…I’m sure minorities really want their children tested. I bet not one minority opted their child out of the assessments. Not one. I also have some property to sell you on the moon.

First, the race card is getting so old that it doesn’t even effect the people he is trying to reach with it. Minorities don’t care for you or your assessments, Duncan. They also don’t demonize whites because of it.

Second, if Mr. Duncan and the administration he works for wants to see a mass exodus of public schools, I dare him to come and impose consequences on us for opting our kids out. It will get ugly and it will get ugly quickly. I really kind of want to see this; I’m a sucker for a good bloodbath.

Actually, maybe he should come at us, then. A message for Duncan and his cohorts: Come at us, Bro.