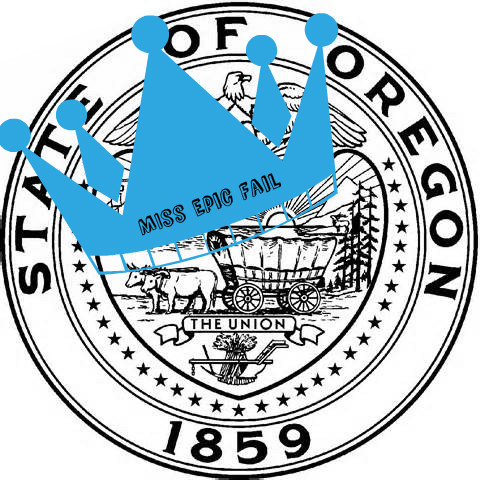 This recent headline, Oregon Has the Worst Graduation Rate in the US, is perhaps shocking to those who don’t know what’s going on in education.  However it comes as no surprise to those of us who study diligently.

Oregon has been doing this since the 1990s. We had the cim/cam (think certificate of mastery) debacle, which failed. Did we ditch it? No. We renamed/rebranded it.

For all the other states in the nation that are watching and see that Oregon is the worst across the country, take note. We will all be ‘tied for last’ if we move forward with the Common Core.

The federal government is working towards making all states like Oregon. We are simply ahead of the curve. Instead of pulling back on failed OBE policies and letting the teachers do their jobs, we continue to write legislation that entrenches it deeper. We double down on failed procedures.

Imagine it like this: A person is injured, perhaps cut with a knife in the abdomen. It’s superficial but we need to repair it. Instead of stitching it up, we get a bigger knife and go deeper. Uh-oh, now the wound is really bleeding. That’s not good. So we fire up a chainsaw and before you know it, we’ve killed the patient.

Just as we are killing education. Our children’s futures.

So am I surprised that we have the worst grad rates in the country? No. I’m surprised it’s taken this long to be acknowledged.

Forget Special, Let's All Be Mediocre!

George Stephanopolous: His Actions Worse Than Conflict Of Interest