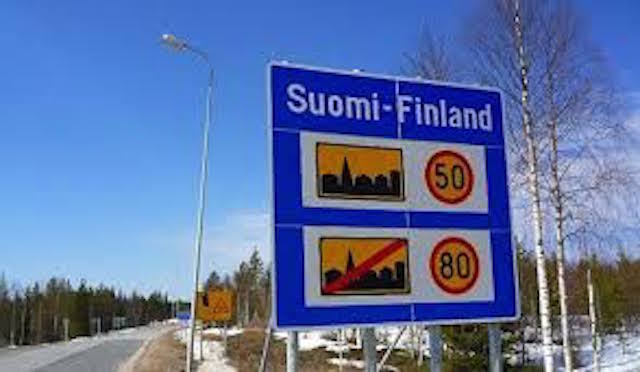 Tesla has a driving mode called “insane,” specifically the Tesla Model S-P85D which retails for around $120,000. Hitting the “insane” button allows the driver to reach 60 mph in just over 3 seconds.

“Insane” also describes the speeding ticket fines in Finland where they are based on income. Finish millionaire, Reima Kuislah, recently had to pay $58,000 for a speeding ticket.

Traffic fines in Finland are based on two factors:

Evidently, the Finish government doesn’t want the poor suffering by themselves. As we are beginning to see here in America, the wealthy must be punished.

Erkki Wuoma, Special Planning Adviser at Finland’s Ministry of Interior states, “This is a Nordic tradition. We have progressive taxation and progressive punishments, so the more you earn, the more you pay.”

The amount of the fine used to be based on the honor system, but one traffic officer said lying became the “national sport.” (Imagine owing a Maserati or Tesla and stating your income as $15,000/year.) The drivers were unhappy too, saying that the fines were not based on take-home pay, but on the gross amount.

Typical of socialist governments, they made a way for cell phones to be easily accessed by law enforcement to not only access tax records of the drivers (available to the public in Finland), but also an ap to automatically calculate within seconds the amount of the fine. If a citizen gets caught with the system now in place, they could be fined retroactively for previous speeding tickets by police checking past tax records.

The Wall Street Journal gives an example of a 26 year-old student fined for speeding. Police were readily able to access his tax records and found his monthly gross income was $975 and net income was $724. Accordingly, his fine was $82, but because it was below the minimum fine, he had to pay $106.

Also in the Wall Street Journal:

Leena Harkimo, a Conservative Party member of the Finnish Parliament and wife of a sports-team owner, tried to introduce a bill last year that would have capped most speeding tickets at a mere $7,285, but only 20 of the 200 members of parliament supported the legislation.

“Some people think it’s the only way to get the wealthy people to drive slowly or respect the law,” she said. “If they’re speeding often, let’s make a system where they lose their driver’s license easily.”

Traffic fines go to Finland’s treasure to be used for general government purposes.

We have something left from our Socialist government for which to be thankful—at least right now.