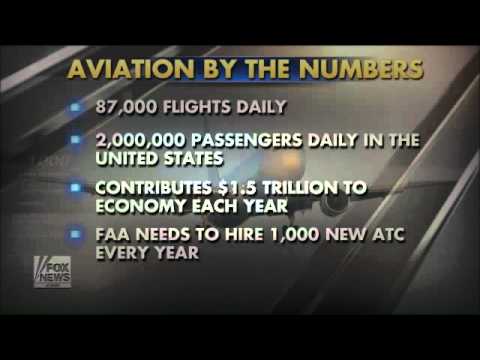 The Federal Aviation Association (FAA) has made alarming changes in their hiring practices for the national air traffic controllers (ATC). Social engineering has taken prevalence in hiring practices replacing the established process of proven competencies acquired through the Collegiate Training Initiative (CTI) program.

The FAA is responsible for managing 87,000 cross flights a day in our skies. Over 220 million Americans are estimated to be flying this summer alone. Recent hires managing these flights may no longer be the most qualified.

The new focus of the FAA’s hiring practices change is to promote minority hiring and training of ATC applicants—not safety first in our skies.

Snow sent a voice text message to applicants who were members of the NBCFAE interested in ATC positions.

One of those applicants was Moranda Reilly, a graduate of the CTI program, who recorded the voice message, sharing it exclusively with Fox Business.

“I know each of you are eager, very eager to apply for this job vacancy announcement and trust after tonight you will be able to do so….there is some valuable pieces of information that I have taken a screen shot of and I am going to send that to you via email. Trust and believe it will be something you will appreciate to the utmost. Keep in mind we are trying to maximize your opportunities…I am going to send it out to each of you and as you progress through the stages refer to those images so you will know which icons you should select…I am about 99 point 99 percent sure that it is exactly how you need to answer each question in order to get through the first phase.”

Reilly said Snow and NBCFAE officials also conducted workshops instructing the NBCFAE associate members who were applying for FAA jobs the correct answers on the Biographical Data Questionnaire and also the key words to use in their resumes would facilitate them to be selected by the FAA hiring personnel who were also NBCFAE members.

Reilly said she did not cheat. She failed the BQ.

Pearson now represents Moranda Reilly and several CTI graduates who are considering suing the FAA if they can obtain class action status. According to Fox Business Network, as of now they’ve filed an equal employment opportunity complaint with the FAA’s Equal Employment Opportunity office.

“You had social engineering in my belief, my opinion, going on. It was driven by two arms of the FAA, two different organizations. One was a human resources group and I believe there was another group for different motives [who] were engaging in what I believe is discrimination against qualified candidates.”

Person believes that BQ is being misused to disqualify worthy job applicants like Moranda Reilly.

This scandal is not going away in spite of the mainstream media being slow to report the story.

A webpage( http://www.ctistudents.com/) is set up for CTI Graduates, students, military veterans, FAA employees with information and actions needed to address the discrimination.

The Prevailing Impediment When Investigating People Of Color