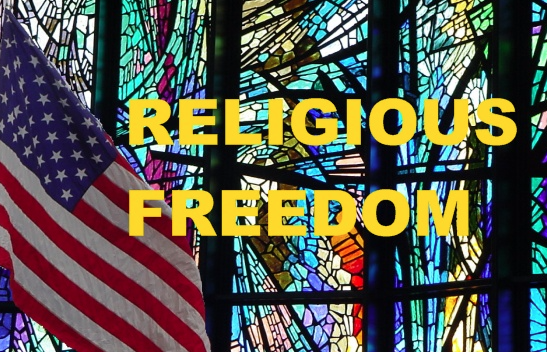 While these manufactured “equal rights” and “discrimination” battles continue to hit the news cycle, the left gleefully calls for boycotts and incites its base in a campaign to vilify those who merely ask to be permitted to exercise their God given and constitutionally protected right to live their lives in accordance with their faith.  Many of our ancestors came to this country because they could enjoy this most basic of freedoms.

Possibly at no other time in America’s history has religious freedom been more in peril.  We have a generation of young adults indoctrinated by the left that faith and religion are ancient superstitions and those who profess a belief in God or a Creator are to be mocked and ridiculed.  As the left pushes its agenda they continue to attack the core precepts of our country’s founding.

The reason the faithful are being attacked so vociferously is because it is difficult to control a people who believe their rights are inherent and do not come from government.  Therefore the faithful must be destroyed… or at the very least marginalized and humiliated.

Those being attacked by the left generally possess the most tolerant of attitudes towards others.  Their faith is predicated on tolerance and love.  If these attacks continue they will become less willing to speak out and defend others being targeted.  And with no one willing to stand and defend our religious freedom the outcome looks increasingly bleak.

Why Such Hatred for The One So Filled With Love?