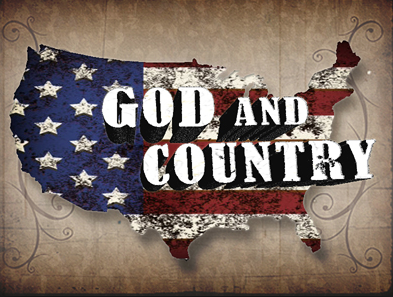 “Where are you?”  That’s not an unusual question to ask if you are a parent with small children and in fact you may voice this inquiry multiple times a day.  Adults pose this question to other adults when trying to meet for lunch or other appointments, especially when someone is running late.

But where are you when it comes to serving your country? Maybe you considered a race for your local city council but convinced yourself you weren’t qualified. Or you may have been placed in social issue conversations and asked yourself, “Why am I not taking a stand on this topic?”  Are you using your influence to share another point of view, or are you shrinking back, hiding from those “voices” in your head?

God asked this question of Adam and Eve in the Garden of Eden at the beginning of time: “God called to the man: ‘Where are you?'” (Genesis 3:9)  In this instance, Adam and Eve were hiding from God because they had eaten the forbidden fruit.

Many of us know what needs to be done to help pull our country from the potential depths of destruction, yet we hide from the opportunity to make a difference.  We yield our influence to the new social guidelines of political correctness, fearing offending others or being labeled a hater, instead of trusting in the “Righteous right hand of God” (Isaiah 41:10) upholding us and giving us the strength to carry out His will in our country.

For too long, Bible-believing, Christ-following people remained hidden under the cloak of “living by example,” believing this to be the best way Christians could influence society.  The unfortunate result is that we became the ‘Silent Majority,’ rapidly giving way to unchallenged progressive and secular ideas.

This 1970’s idealist view of spreading conservative culture and values to our neighbors without being actively engaged in politics needs to be a thing of the past.  It is no longer an option to avoid involvement in local, state, or national politics.  We can never be SILENT again.

Today we must embrace the opportunity of using our God-given intellect and abilities to reach out and engage in the cultural discussion.  We must stop hiding from the fear of being rejected for our beliefs.  Christ was not only rejected by the people where He grew up (Luke 4:29), He was killed for no reason, no crime, (Mark 15) in order to bring redemption to the entire world and fulfill prophesy (Isaiah 53).

Courage is sometimes hard to collect, especially in a world where Christ followers are ridiculed and in many instances, brutally killed. However, if we don’t find a way to come out of our hiding places when called by God to stand up or participate, where will our country (and world) be in just a few short years?

In our fear, we hope someone else will stand up in our place. We see the need to be influential in society, yet we make excuses for not engaging in the fight.

In this season of redemption and renewal, listen to the encouragement being placed upon your hearts and minds to jump into the battle. Step out of the shadows and the hiding places our spiritual enemy has pushed us into and reengage the fight. When we are silent, the enemy grows stronger.

Go where you are called. Not everyone is called to serve in a public office, but anyone can (and should) study candidates and make determinations about their moral character, as well as their ability to lead a nation, state or town. Some may want to use their gifts backing candidates and working on campaigns. Still others may use their love of prayer to be diligent, daily, in seeking God’s perfect will for our nation.

Don’t be afraid of the nudging you feel. Don’t be scared when your heart hears the question, “Where are you?” Respond quickly, boldly and say, “Here I am, send me”. (Isaiah 6:8). Delight in the knowledge of knowing you are fulfilling a portion of your purpose. You are making an influence, no matter the size and scope, on the future of our country. The influence shared today shapes tomorrow.

“Be strong and courageous. Do not be terrified because of them, for the Lord your God goes with you; He will never leave you nor forsake you.” (Deuteronomy 31:6 NIV)