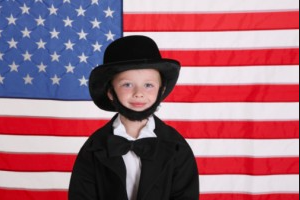 When parents, with doting love and pride, speak of the future to their small children, there are a number of grand careers and destinies they may promise as a potential reward for hard work and dedication. The child could grow up to be a sports celebrity, they say, or a famous actor, or a wealthy business tycoon. But there is one occupation which almost every American parent will name at one time or another, assuring their children that they can have it if they really apply themselves: President of the United States.

Before embarking too deeply on this discussion, it should be understood that despite the glamor and air of power surrounding the office, being President really isn’t all it’s cracked up to be. Under the U.S. Constitution, the President is no exalted King; he (or she) is head of only the Executive branch, one of three sections of the American government and by no means the most powerful. The President has no power to draft laws; only congress can do that, with the President able to do little more than ask them to pursue legislation to his liking, and to pound sand if they decline. And when they pass laws to which he objects, even a presidential veto can be overturned by the legislature, leaving the President once again without recourse. He can attempt to enact his policies directly via executive action, but the Supreme Court may deign to speak on that, and is free to subvert his will if they decide his wishes are unconstitutional. Meanwhile, the President still has to work long days with no real time off, having to be always on call, ready to answer in case of emergency. Recognized the world over, he is most definitely the “face” of the United States; but it is perhaps something of a stretch to call him the head.

Certainly it would be naïve to suppose any President begins his first term knowing all that is coming and what to expect, but at the same time, no one goes into this job with blinders on. The people who become President are usually highly intelligent, educated people, often having attended prestigious universities from which they graduated with good marks or even honors. Disproportionately, Presidents (and many more politicians in the federal and state government) often have training as lawyers, and indeed – as is so crucial in the legal profession – they tend to be gifted speakers with a knack for talking others into wanting to support their opinions and ideas. They are also hard workers; being on the campaign trail, busing around the nation at all hours, is notoriously exhausting and stressful work marked by little sleep and an unhealthy diet.

But there is a dark side to these people as well. The character of politicians is routinely impugned in popular culture, and in many respects, their reputation is not undeserved. One need only look to the establishments of the Republican and Democrat parties alike – the two monolithic entities that have dominated the office of President in the United States for decades – to see that those individuals successful enough to go all the way have often felt it necessary to speak with a serpent’s forked tongue. They say one thing while meaning another, they make promises they later seem to have had no intention of keeping, and they tell people what they want to hear rather than what they need to know. In short, they lie, habitually and flagrantly, and with an egregious lack of remorse that borders on the sociopathic.

In short, the person who may become President is a mixed bag. He is intelligent and hard-working, but nevertheless a consummate liar. He is willing to make tremendous sacrifices, but this willingness is fueled by the fact that he at least partly covets the office itself rather than what he can do for the United States with it. And he is nobody’s fool; he knows that he will never be a King, but he also knows that if he succeeds in his goal, no American who lives after him in deep future times will ever forget his name or his legacy that he or she leaves behind.

Minutemen: Continuing to Serve With Strength And Honor

Oregon Politics: Nepotism, A Resigned Governor, and An Ambitious Girlfriend