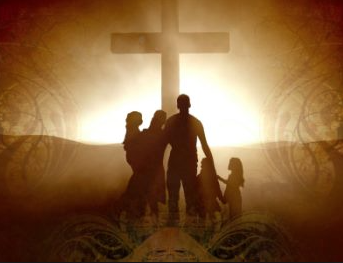 As a practice, the American culture has lived and now may be dying, by the “rule” of not mixing religion and politics. Certainly religious freedom and our First Amendment rights are the foundation of our country. The most precious of all our freedoms in America.

While supporting the freedom for citizens to practice the religious belief of their choice, our constitutional rights also afford people the freedom of not believing. The numbers of those classifying themselves as atheist or agnostic is rising in America. Barna Group found “1 in 4 unchurched adults” are atheists or agnostic.

Why should this matter to the U.S. Government? The bedrock for our country’s existence was to escape the organization of a state religion. It is not the place for government to tell its citizens how to believe religiously or demand which religion to follow. Research is showing, however, younger generations are walking away from a belief in God and Jesus and the characteristics of those who are leaning into the ideas of atheism and agnosticism may somewhat reflect those of younger people who may be easily radicalized.

Recently Barna Group , a Christian polling and research firm, studied the “State of Atheism” in our country.   The group found a definite shift in atheists and agnostics, which Barna calls “skeptics”, in the past twenty years. Their research concluded there are five significant demographic shifts with “skeptics”. These shifts show: individuals are now younger, more educated, include more women, are more racially diverse and instead of being more concentrated in just the northeastern and western regions of the country as in past decades, they are “broadly dispersed” throughout the country now.

This research may give pause to the question of why many of America’s younger population are being attracted to radical ideologies. Stories are everywhere of teenagers and young adults trying to leave America for Turkey and beyond, for the sole purpose of joining ISIS. Young people in Chicago, Colorado, as well as from other countries, are tapping into this radicalization and making their way to the Jihadist battlefield. In many cases, these young people are already Muslim and their beliefs are being hijacked and turned into radicalized theologies. Outside of Muslim believers, there is always the potential of young people who have no biblical foundation or influence in their life, being swayed and influenced to join this movement. Those who may have once had a biblical foundation or practice, but have now left it for varying reasons, are also susceptible to falling into radical beliefs.

Is the fear of young people turning to a non-biblically based religion the business of the government? It quite possibly should be. With this possibility, if our country begins to make the distinction of only following biblically based theologies as the standard, then Atheists and Agnostics First Amendment rights are violated. Our government must not take a stand on which is the correct religion to follow. It should, however, not be afraid to stand up and defend, whether a religion is classified as radical or not, when atrocities are committed in the name of a religious belief.

When leadership is not willing to identify a freedom threatening ideology by its proper name and take action to defend its citizens from the peril, the threat of the problem escalating is inevitable. Therefore, the problem of young people being influenced into religions such as a radicalized sect of the Muslim faith is a threat to America and other Western nation’s way of living. It is not the theology in its purest form which is the threat. It is the fact that ISIS wants to kill Christians and those who don’t conform to their religious beliefs. These deadly behaviors go beyond a freedom of religion.

For Christ following believers, the idea of someone adopting a belief of Christ not existing is distressing. Based on Christian and Biblical theology, the result of denying Christ, not believing in Him, and staying in a sinful nature is death . This is a troublesome thought for Christians to bear, especially if they are acquainted or close to those with an atheistic philosophy. However, because God gives us freedom to believe in Him and follow Him, our task is to share what we believe with others.   It is not our place to force a belief, however precious in our hearts, onto any individual or nation of people.

It is important though, to realize the value of having a life which follows the ideals of a biblically based faith. The Bible does not teach a jihadist way of life. It also does not teach a Sharia way of handling matters in society. When young people are left to raise themselves and have to search out their own theological beliefs, they often find themselves following, as Barna describes, “anti-religion apologists [including] Bill Maher” and others. With these types of information “contributors”, young people today believe anything is alright to believe and follow.

Barna Group also learned from their study, these “skeptics”, those who are atheist or agnostic, are “less relational and less engaged in social activities” than most Americans.

Individuals becoming “less relational” and “less engaged” should not be a shock to any of us in America, whether someone is a “skeptic” or not. Just look around a busy restaurant or in a waiting room. There can be multiple people together in a group, but socially they are all hovered over their cell phones and tablets, communicating with those who aren’t physically present or with absolute strangers; all through the imagined “blessing” of social media. The name “social media” is so deceiving. Social media allows us to be behind the screen, saying whatever we would like, viewing whatever our most recent whim might be, all without the need to speak a word.

ISIS understands the human weakness toward social media and uses it to move their messages. A Brookings study shows how ISIS uses Twitter with their supporters. “Social” media feeds directly into the lives of the “social dropouts”.

If individuals, especially young people, who are lacking a belief in God or a biblically based theology, are part of the growing group of “less relational” and “less engaged”, they will be drawn to ideologies like radical Islam. People, who withdraw from the larger group of society, don’t always want to withdraw, but sometimes do because they feel rejected. These people may still want interaction, thus they seek it online. If ISIS or other groups like them know this, they will appeal to the “rejected” individual and give them a feeling of acceptance. This acceptance will potentially be the hook for their participation in radical, destructive behavior. This behavior doesn’t have to mean traveling to foreign lands. As an accepted member of a radical group, the withdrawn individual may be asked to commit acts of terrorism on American soil.

There will always be those who don’t believe in God and Christ. That is their freedom from God and man. However, if parents, mentors and friends, who have a belief in God and Christ, are not at least sharing the Bible with young people, we need to ask ourselves “are we driving these souls straight into the arms of our cultural enemy?” If society continues to not care about biblical, theological beliefs and we determine this behavior is driving people into the arms of our enemy, then it might be time for our government to care if we believe in Christ.

Confessions of a White Woman