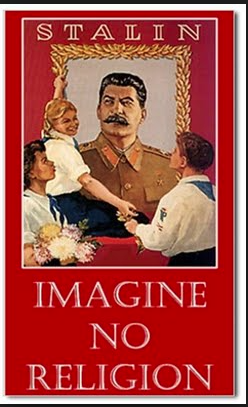 Not so long ago the phrase “Hands Up, Don’t Shoot” went viral. Ferguson, Missouri became front-page news when an incident of a white police officer and a young black man led to an encounter that we now know was based on a lie. Liberals stoked fires that incited months of riots and protests and this lie-based protest movement caused liberal pundits to attack cops across the country. They rushed to judgment and failed to provide any real context of the story. And as we can see again in Indiana, liberals are again rushing to judgment, providing false narratives and failing to provide any real context to their notions.

Liberals love to divide America. As the “world is on fire” (Ted Cruz), they turn identity politics based on race and sexuality into headline-making issues laced with enticing emotions. Unhappy with Republican taking momentum and gearing up for 2016, liberals are looking to pick fights over any issue that will help them maintain the presidency. But why do liberals outcry a legislation that the constitution guarantees?

The Indiana Religions Freedom Bill, signed into law by Governor Mike Pence, has now unleashed the same liberal outcry as Ferguson. People are rushing to judgment without knowing the facts, and (as usual) the mainstream liberal media is misreporting by providing false narratives.

The law adopts the exercise of religious freedom under the first amendment. 19 other states are currently using the 1993 federal law (Religious Freedom Restoration Act), which was introduced by Democrat Senator Chuck Schumer of New York and signed by Democrat President Bill Clinton. The federal bill was overwhelmingly signed by 97 out of 100 senate members and was passed by the House. For the past 20 years the RFRA has provided protection for all citizens to exercise religious freedom. The law essentially states, “substantially burden a persons’ exercise of religion shall not stand unless the government can show that the burden is necessary and the interest is done in the least restrictive way possible.”

It was later determined in 1997 that Congress overstepped its bounds in passing the act and the law only applies to federal, not to those passed by the states. It prevents the government from forcing people to violate their religion. There is no mention of sexual orientations or any class in this law. As a result, some states have passed their own version of the Religious Freedom Act, but none have raised the circus dilemma of Indiana.

Fast-forward to 20 years later. Despite the fact that 19 other states passed the same law in state level, only one state, Indiana, has caused liberal hysteria with the mainstream media lying and distorting facts about the religious freedom law. Critics claim that businesses are refusing to provide services to gays and lesbians and they believe the new law discriminates against the whole LGBT community. The Indiana RFRA says nothing about discriminating anyone, nor does it in any of the other 19 states that have implemented it. Gov. Pence signed this law in regards to recent litigation to Affordable Care Act. It allows religious liberties to be raised as a defense in lawsuits such as the case of Hobby Lobby.

Liberals are not satisfied with states recognition of same-sex couples. Now they want to force their beliefs on private citizens, many who aren’t comfortable with same-sex marriage based on their own religious beliefs. Instead of letting people live their lives according to their consciences, the LGBT community thinks it can bully people into accepting their gay marriage lifestyle. Because of this, they are unfortunately causing Christians to choose between unconditional acceptance of gay marriage and their love for Jesus.

Hillary Clinton tweeted (I wonder from which device), “Sad this new Indiana law can happen in America today”. As Clinton gears up for 2016 with her own mishaps occurring, she has played into the whole circus by trashing the legislation and calling Republicans a bunch of bigots. But wait, this is the same lady who didn’t approve of gay marriage until 2013. Also didn’t her husband sign this law federally when he was president? Oh it doesn’t matter now because when Republicans do it, Liberals cry foul and spread lies.

Let’s not forget the critics who are also using this hypocrisy to get their names into national media attention. New York Governor Andrew Cuomo issued a government public funded travel ban to Indiana due to this outcry. And yes, he is the same governor who wants to travel to Cuba, a country that bans gay marriage.

Just like in Ferguson, the hysteria is growing across the nation only this time the liberal bullying is directed at Christians. A local TV reporter went searching for a Christian family owned business and came across Memories Pizza. Asking a hypothetical question, “Would you cater to a gay wedding?” the owners said no they wouldn’t. Adding more fuel to the fire because of this media malpractice in search of a story, the business was forced to close because of death threats. It didn’t matter that they said they would “serve anyone regularly, but couldn’t in good conscience cater a gay wedding.” Liberal media such as Huffington Post ran distorted versions of this story with titles like, “Indiana’s Memories Pizza Reportedly Becomes First Business To Reject Catering Gay Wedding.”

But what we have here is no story. Nothing happened. When asked a question by a reporter, the owners simply expressed their opinion, just like every American has the right to do. There was no wedding that the business denied services to. (Who would want pizza catered to their wedding?) The owners were just minding their own business and now they had to temporarily close due to this manufactured ambush story. Now the liberals have done what they do best: target and destroy a business. Ironically, when the totalitarian gay movement tries to force their target to go against their faith that is the very definition of intolerance. The liberal mob wants everyone to say “love the gays for who and what they are” but if a Christian says, “I love Jesus” then it makes one a bigot.

Looking at the Indiana law closely, no one has been able to prove the negative notion that gays will be discriminated, which has now been overblown and is very misleading. If a Christian uses his or her faith to not cater a gay marriage, it’s their choice because business owners can refuse the right to serve anyone. The gay person should not take to heart the refusal to be served. They should just find another business that will provide the service and business they want. At the end of the day, the business loses revenue for its choice of practicing its faith. Gays should understand that not everyone will accept their lifestyle; because we live in America we believe in tolerance, but it’s up to an individual to accept it or not. Imagine trying to ask a bakery in the Middle East to bake a cake for a gay wedding. Good luck if a gay person will ever see the cake or even their wedding. If LGBT protestors tried to take the religious debate to countries in the Middle East there would be moral outrage. Nations in the Middle East, Muslims and Christians alike, believe anyone that is gay should be tortured, lashed and persecuted.

At the end of the day, this is about tolerance and respect for all people. Government must treat everyone equally under the law, but private citizens can make their own decisions about who they choose to do business with based on any grounds, including religion. If you don’t like it, you’re free to take your business elsewhere. Just as Jews and Muslims don’t sell pork in their business, a Christian who doesn’t believe in gay marriage doesn’t have to serve you their business. I don’t see gays protesting Jews or Muslims for not serving delicious bacon, so they should show the same respect for other religions that don’t support their personal celebrations.

A value of an individual is at issue here: should the law punish them because they refuse to provide a business service when they believe it is a direct violation of their faith? What about the religious (and constitutionally protected) liberty of Americans whose beliefs specifically teach them that same-sex marriage is wrong?

If both sides believe they’re right, who decides which is wrong? And do we really want the government dictating that choice for us? Why can’t liberals just understand the sheer danger in this?

Should Our Government Care If We Believe in Christ?

Daniel Greenfield: The Closing of the Liberal Mind