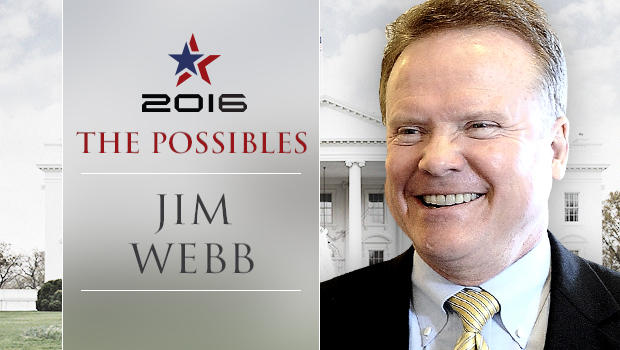 Voting “NO” on comprehensive immigration reform, possible Democrat presidential hopeful for 2016 Jim Webb has a fanatical opinion in regards to border crossing and employment here in America. According to Webb in 2007,

“The reason most of the people are crossing our border illegally is to get employment. There are jobs available for them. Some people say this is work Americans will not do. That is actually not true. But there are not enough American citizens to do all of the work that needs to be done.”

Former Senator Webb has formed an exploratory committee to run for president in 2016 but before he officially throws his hat into the presidential ring, he may want to take a look at our unemployment rate. To state there are not enough Americans to do jobs here in the U.S. borders on the ridiculous. When asked if there should be punishment for those employers hiring immigrants illegally, Webb responded,

“That is a very complex question because of the whole range of employers that are involved. Certainly large employers you could have sanctions. It’s a question of accountability. When somebody is hiring somebody to mow a lawn or something like that, it’s a lot different than a Wal-Mart of a Tyson’s.”

Interesting.  So according to Webb, illegal immigrants are more than welcome to cross and mow a lawn, but working for Wal-Mart or other large corporations, which provide benefits rather than use of our tax dollars, is frowned upon by the former Senator. I thought liberals were all about fairness? Equal pay yes, equal hiring rights no. It is more than obvious America needs to fix and modernize its immigration system for many reasons. I hope every 2016 presidential candidate recognizes those systematic flaws which lead to things like the Boston Marathon tragedy.

Of course many people migrate to the U.S. for better job opportunities, but I believe Jim Webb failed to mention those taking advantage of our opportunities for a better education. For instances, his wife Hung Le Webb, 22 years his junior, was born in South Vietnam and escaped to the United States in the middle of the night on a fishing boat when she was seven after the fall of Saigon.  She is currently a prominent lawyer.  Just saying.