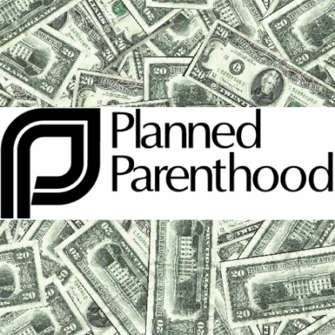 Planned Parenthood is promoting AB 1177 in the California state legislature to repeal the licensing requirement that “primary care clinics” have a written “transfer agreement” with a nearby hospital. Sounds so bureaucratic, boring and harmless, doesn’t it? Let’s lift the curtain to see what it really means and why it matters.

A “transfer agreement” is a commitment by a hospital to provide live-saving emergency care to patients who experience serious complications in a “primary care clinic”. Abortion facilities are “primary care clinics.” To obtain a license to operate under current law, abortion clinics must have a transfer agreement on file with a local hospital in case something goes wrong and the woman needs emergency medical care. Many women have suffered serious and even fatal complications from abortion procedures (e.g. Kermit Gosnell in Philadelphia).

So why in the world would Planned Parenthood oppose any agreement with a local hospital to save the life of a woman just in case? Because it’s all about the money and transfer requirements are very bad for business.

Ironically, AB 1177 would further erode women’s medical and legal protections from the pro-abortion lobby’s favorite bogeyman of “back-alley” abortions. The pro-abortion legislature in California has already eliminated the requirement that real doctors perform abortions (AB 154). It eliminated (AB 980) the requirement for abortion clinics to have such basic medical equipment as a gynecological table, oxygen sources and sterile surgical instruments necessary for performing an abortion, emergency medication and IV fluids, or even a system of ensuring staff availability for follow-up care, repealing longstanding health and safety requirements. No doctors, few healthcare standards or regulations and now, with the proposed AB 1177, no hospital agreement in case something goes wrong with the mother! Planned Parenthood can simply shove the hemorrhaging woman into an ambulance, slam the doors on her, and wash its bloody hands. All in the name of women’s “health”.

AB 1177 is set for a hearing in the California Assembly Health Committee on Tuesday, April 21, in Room 4202 in the California State Capitol. All of the promoters of AB 1177 are either Planned Parenthood named organizations or controlled by Planned Parenthood. Not surprisingly, the authors of the bill are all Democrats — Jimmy Gomez, (51st AD), Autumn Burke (62nd AD) and Evan Low (28th AD).

Cruz Ends FITN With BANG: “Destroy ISIS and NO Vote for Lynch”