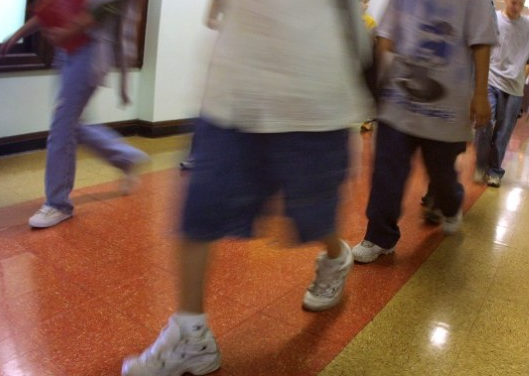 Pennsylvania high school students must have been tired of the “no bully” policies–in particular the Day of Silence, sponsored by the Gay Straight Alliance in their school.

They took it upon themselves to organize an Anti-Gay Day for the day after the Day of Silence.

The Day of Silence is an event coordinated across the country aimed at bringing attention to the bullying of LGBT students and wanting to put a halt to the bullying. I won’t interject here that there are a thousand and one things that kids will find to pick on one another with. I sometimes wonder though…if a kid was called “gay” and the one beside him was called “fat and ugly” would they both get the same reparations? Would the bullies both get the same punishment? I digress.

The following article is light on facts; we don’t actually know the philosophy behind the supposed Anti-Gay Day. As in, was it Anti-Gay or Anti No Bully policies that shove everything down a students’ throat and make one feel shame for not being different in some way, whether it be sexuality, color, religion, etc.

Some students claim to have been called names on this Anti-Gay day. I don’t really doubt it. I do doubt the teenagers’ ability to run a protest against an equality campaign without coming off as extremely bigoted. Even we adults can’t pull that off. It’s impossible to prove a negative; prove you’re not racist or not homophobic, once you’ve been labeled that way for not marching in lock-step with the LGBT agenda.

Leftism and Islam: It’s “For the Children”