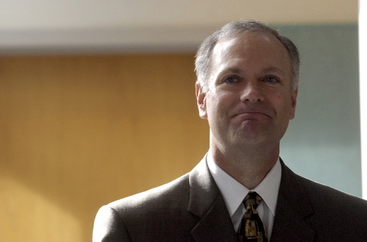 My favorite Oregon state education official is, by far, Rob Saxton. I love to pick on David Coleman when I get a chance, but for Oregon, my heart is with Mr. Saxton–for relentlessly watching him and pointing out his mistakes. His “aw shucks, I’m just a country boy,” attitude and double speak peppered with downright lies made him a good whipping post.

He is not as innocent and wonderful as he wants to portray. He continually lied to Oregon parents and teachers all while claiming his love for children and seeing them succeed. He famously said, and repeated himself often, that P-24W stood for prenatal. Although when asked how they would keep track of the prenatal he had a couple of different answers.

I believe the honest one was the first one: healthcare organizations and education organizations would work together to share information and when a mother is expecting they would track her diet to see how it affects the child. He must have been scolded to not say that in public because then it changed to some sort of, “I dunno, I’m just a good ‘ol boy who doesn’t know much about data collection,” answer.

So, say you’re Rob Saxton and have put in 31 years in education in Oregon. Teacher, principal, ODE and then Deputy Super of the state are all under your belt. You’ve done your duty and toured the state touting lies and mistruths about the Common Core that your predecessor put into place and you have towed the line for the Governor’s administration.

Perhaps you’ve seen the blatant disgust in parents and teachers eyes as you spun your yarn in presentations. Maybe you’ve been challenged one too many times and got tired of the dunce act when you didn’t want to just tell the truth.

You’ve hit your 30 years of employment with the state of Oregon and therefore can retire, no matter your age, and draw your full pension. But you’re only 55 and you feel like you should work more directly with the kids.

So you step down from your lofty position as state Deputy Super and become superintendent of the Northwest Regional Education Service District. And you take a cut in pay, to boot! You’ll only be making around 170 grand a year now. Aw, schucks, what a great humanitarian, or something.

But wait. According to Oregon Live, “He said he is officially retiring to start getting his public employee pension — and limiting his work in the new $161,000 job to part time to keep the pension flowing — “because I can.”

Sounds like a pretty sweet deal to me. And I totally buy his line about wanting to be closer to the kids, comparing this to working in the cockpit while directing state education was more like working in the tower.

Living on the public dole in Oregon is definitely a great deal. I wonder what will happen when the money runs out.

Aw, schucks. He really does love those kids, doesn’t he? Those little green Ben Franklins are just so cute.

Daniel Greenfield: The Death of the Left

Daniel Greenfield: The Deconstruction of Marriage