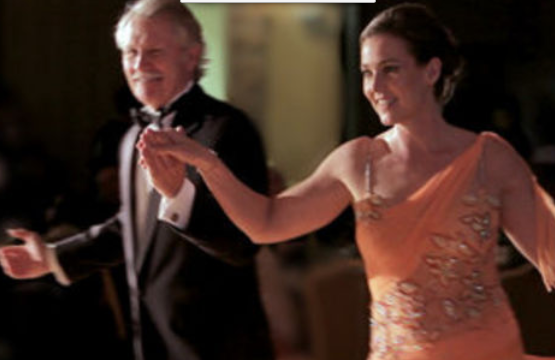 The past few weeks I’ve read multiple articles about Oregon’s governor debacle since John Kitzhaber resigned his governorship.  Some articles outline his mistakes and others defend them.  I’ve seen residents of Oregon call him the worst governor in history and others call for him to be reinstated because they think he was the best governor Oregon ever had. To call these folks delusional would be a massive understatement.

We know that ex-Governor Kitzhaber was pulled around by the nose courtesy of his girlfriend, Cylvia Hayes. Unethical and probably unlawful contracts were given to her precisely because Kitzhaber decreed it. And apparently no one in Oregon’s government thought anything skeevy was going on because she was given contract after contract over the 12 years he was in office.

The fact is, Kitzhaber wasn’t even sure he wanted to run for a fourth term. His girlfriend, the one bilking Oregonian’s out of millions of dollars in contracts relating to environmental policies, is the one who was pushing him to run. It makes sense, doesn’t it?

I wonder why people didn’t think of it before. Many know that the woman is oftentimes the one who “wears the pants” in the family. Behind every good man is a strong woman really pulling the strings, right? You know all those clichés.  How much more would an unethical woman, whose boyfriend is basically bullet proof, do to make millions of dollars and become nationally known on the coattails of her live-in?

Emails show that Ms. Hayes never had any doubts that she and her meal ticket would remain in power. The messages also reveal just how smitten Kitzhaber was with his manipulator in chief.

Hayes not only wanted Kitzhaber to run again, she wanted a bigger role in his administration. Surprise, surprise.

According to Willamette Week, records show that Kitzhaber worked to balance Hayes’ demands for a greater political role against his staff’s concerns about her influence in the governor’s office.

He also groveled for forgiveness about not being able to make her a bigger part of his administration, although she saw it as their administration.

“My only priority is for you to be happy,” Kitzhaber wrote to Hayes in a May 14, 2013, email, “for you to feel fulfilled in the mission-driven work to which you have dedicated your life; for you to be as effective as you can possibly be; and to help support in any way I can moving your career to the next level and for you to be known and sought after as a national and international speaker, consultant and messenger.”

“I know you remain very frustrated about your role in the administration,” Kitzhaber continued. “But I never, ever want you to feel like my ‘side kick.’ And if I have somehow done something to make you feel that way–again I am sorry.  My intention is just the opposite as I said before: to support your work and your career. I obviously have no way of really knowing how difficult the ‘First Lady’ role is but I recognize that it is very challenging.”

It kind of makes you want to throw up, doesn’t it? She had some lofty goals, including speaking engagements in Russia of all places.

I’m pretty sure Cylvia was delusional in her own right. She referred to herself as CEO of her company, 3E Strategies, of which she was also the only employee. Although it could be because 3 of Kitzhaber’s staffers resigned after he decided to run again…the same 3 employees who disagreed with Hayes’ already too large role in the administration.

She cancelled her trip to Russia because of U.S. tensions with the country and also because she was sure that the media would turn her trip into a scandal and not focus on the good works she would be doing there.

What media, I want to know. None of the media in Oregon ever painted the Kitzhaber duo in a negative light. They tried when it was much too late and did too little.

It almost makes one feel sorry for the old Dr. Almost. Okay, no, it doesn’t. How many Oregonian’s livelihoods were damaged or fell victim to the nepotism in the state capitol between one weak old governor and his overbearing girlfriend?

The Making of a President

Sovereign: Veterans Display Skills Behind and in Front of the Camera