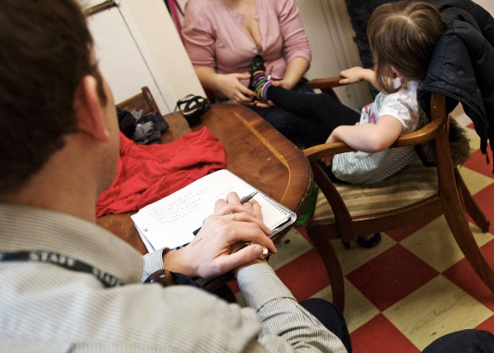 On April 17th a new bill was introduced in Michigan that would keep tabs on homeschoolers.

An incredibly sick woman had her two children in a freezer for 2 years and nobody knew it because when they were noticibly gone from activities the mom told everyone they were being homeschooled.

Michigan does not currently require homeschoolers to register with their school district; one of 11 states that does not have that requirement.

Politicians took this opportunity to jump on the thousands of homeschool families in Michigan with more strict provisions. Punishing the lawful for the barbarous acts of one woman.

It is a natural consequence in these kinds of circumstances, though. Whenever one commits an unspeakable act the lawmakers seize the opportunity to punish everyone else for the crime that one person committed.

Now, personally, I don’t mind registering with the local school district if I want to homeschool. Do I think I should have to? No. But I’m not going to scream about it.

The part of this bill that is particularly chilling to any parent who reserves the right to care for and educate their children in the fashion they desire is this:

Besides registering with the local school district, “There would also be two visits to the home every year from either a doctor, teacher or social worker.”

There has already been outcry from homeschooling parents like Rhonda Smith. “I have a problem with it because the whole premise of the legislation assumes there is something wrong with people who homeschool.”

State Representative Stephanie Chang, who is behind the bill, and city leaders, say they welcome input, including from those who homeschool.

They say the goal here is children’s safety and education.

This is a horrible tragedy perpetrated by one very sick mother. Do they really think that if she had planned on killing her children she would have registered them as homeschoolers with the school district first? And then someone keeping tabs on them would discover the bodies at some point in the future when investigating their education? Would it have stopped this from happening? No.

Fact is, it still would have happened. Punishing homeschoolers for something that a mentally ill person did is not the solution. In full honesty I cannot say that I know what the exact solution would be, but I do know with my heart that this is not it.

Everything is going as Planned in Baltimore, Ferguson, and Elsewhere: Just Ask Alinsky