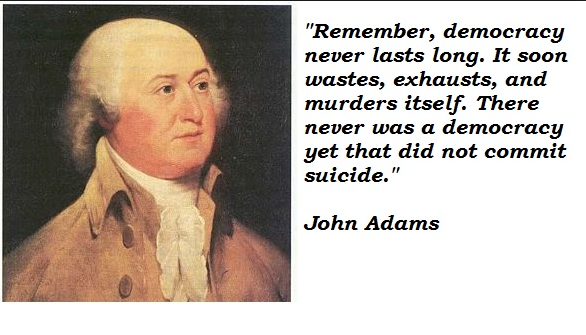 “I love the man that can smile in trouble, that can gather strength from distress, and grow brave by reflection. ‘Tis the business of little minds to shrink; but he whose heart is firm, and whose conscience approves his conduct, will pursue his principles unto death.” ~Thomas Paine

The above quote by Paine is one of my favorites, but one I’ve had on my mind a lot the past few weeks as the political and social clash of cultures has boiled over. I’ve had a lot on my mind lately, frankly mostly disgust and annoyance when so much else is going on in the world. It doesn’t speak well of us when Christians, religious minority sects and yes, even homosexuals around the world are being tortured and massacred because of their faith or beliefs yet people in America are complaining about cake and pizza and others are giving up their convictions because people call them names.

Yet it is an issue which needs to be addressed because it’s not bound to go away, and with the progressive tenacity to use education, media and Hollywood to indoctrinate the uninformed we know it’ll only get worse. These attacks can’t be ignored no matter how distracting they are.

Back in June, 2013, I wrote Using Alinsky Rules for Conservatives: Never Let Up! In the article I focused on the 12th rule of the Progressive playbook, “Pick the target, freeze it, personalize it, and polarize it” while pointing out that rule 8, “Keep the pressure on. Never let up” is another favorite tactic used. We need to use the same and stop letting Progressives pass their narratives.

Leftists have not let up; they’re giving it everything they have with both barrels. They have used culture as a tactic for years to subvert our Judeo/Christian heritage and Constitution, by first treading carefully down that slippery slope. Now we’re seeing the tyrannical fruits of their labors and they’re using popular culture to destroy our country.

The recent backlash against Christian business owners isn’t about homosexual ‘marriage’, nor has the last few years push for gay matrimony been about equal rights. This narrative has been pushed by progressives and unfortunately too many, especially Christian conservatives, have caved to the pressure of the narrative by responding to it. When someone calmly debates with a progressive on any topic, feelings are involved and debate devolves into a progressive hissy fit replete with insults and name calling. We’ll never win by reasoning alone.

This isn’t about equality or tolerance. This is about changing our nation to fit the elitist mold of a warped progressive utopia in which they will dictate to the masses. Our country was formed as a Constitutional Republic, yet how many politicians, media and educators call it a democracy? There’s a reason for that, just as there was a reason why the Founders didn’t intend for America to be a democracy. John Adams warned us when he said, “Remember, democracy never lasts long. It soon wastes, exhausts, and murders itself. There never was a democracy yet that did not commit suicide.”

The difference between a Republic and a Democracy is as simple as Rule by Law or Rule by Majority. Progressives have subverted the culture in our country long enough to make a minority which accounts for 2-4 percent of the population, into a majority by way of education, media and Hollywood not to mention federal courts, and we’re seeing what kind of rule they would implement in their utopia.

As I was reading Daniel Greenfield’s latest article, This Culture War We’re In it made me think long and hard about things I’ve had on my mind from long before this latest wedding cake issue. He reiterates that the war has been slow and subtle, and that the intent of progressivism is the destruction of, “the culture of the other side because that is the source of its values. To completely destroy the other side, its values must be destroyed as an abstract, its organization must be destroyed to prevent those values from being conveyed and the individual’s own values must be destroyed, in that order.”

This is the Alinsky model in action; specifically rules 8 and 12. Again however, this latest is not about cake or weddings, tolerance or equality or even about religion; it’s about destroying our country, by creating a narrative which drives a stake into the heart of our God given, constitutionally protected rights. The first rights guaranteed protection from government in our Bill of Rights are the right of freedom of speech and freedom of religion. James Madison said, “Conscience is the most sacred of all property.”

Progressives’ use narratives which disguise their real intent of destroying people’s God given right of conscience by using the words bigot, intolerant, homophobe, hater… Progressive elites have their own views of the world and how it ought to be, and in their opinion, they know better than anyone else. They use those who have cultural influence and money to whip up the uninformed base into a frenzy over cake, yet the base doesn’t see or understand the hypocrisy of progressivism. If we are going to fight this war effectively, we need to reach the left leaning middle and show the hypocrisy of discriminating against a business owner for not catering a homosexual wedding while shaming, slandering and calling on others to damage them because they believe in something different.

We need to show them the hypocrisy of Hollywood starlets tweeting out to their 20 million followers to discriminate against a business while accusing the business of discrimination and then getting angry when regular people donate nearly a million dollars to defend the same business. We also need to show them that destroying our Constitutional rights means their destruction as well as ours.

This war is real, and it’s not an easy one to win, but it is winnable. The question is, how much do you love this country to fight for it? Think of those who have fought and still fight to keep our country safe, don’t we owe them at least enough that they will have rights themselves? The narrative is spreading through our military as well, and our troops are losing rights they fight and die for others to have.

“Men qualify for freedom in exact proportion to their disposition to put moral chains on their own appetites. Society cannot exist unless a controlling power is put somewhere on will and appetite, and the less of it there is within, the more there must be without. It is ordained in the eternal constitution of things that men of intemperate minds cannot be free. Their passions forge their fetters.”

People are caving to the narrative that our society is capable of being moral, that morality exists without Christianity. They say we need not be dictated by Christian morals, yet their laws and pen wielding is oppressive and tyrannical. They are spinning a narrative where Christianity is oppressive misogynist and bigoted and has been hijacked by fundamentalists, who are no better than terrorists. People believe it because our culture has been teaching it yet they never stop to think however that progressives equate not baking a cake with throwing homosexuals off roof tops, stoning, hanging or torturing them as Islamic countries are doing.

You are Americans. Stop caving; stop running scared over being called a name. Stand up for your principles. When in a spiritual battle, the devil harasses those who are doing the most good. It’s the same with culture and politics. Leftists attack mercilessly those who are doing the most to keep our country free. In his article, Daniel Greenfield refers to us as Guerrilla soldiers.

Keep on going soldiers; stop sucking up the narrative! Our country is the last chance for many people for freedom. If we allow progressives to destroy our ideals, our values, our freedom, it’s all lost forever, and lost to others who still hope for it.

Rand Paul Announces 2016 Run Promising To "Take our Country Back"