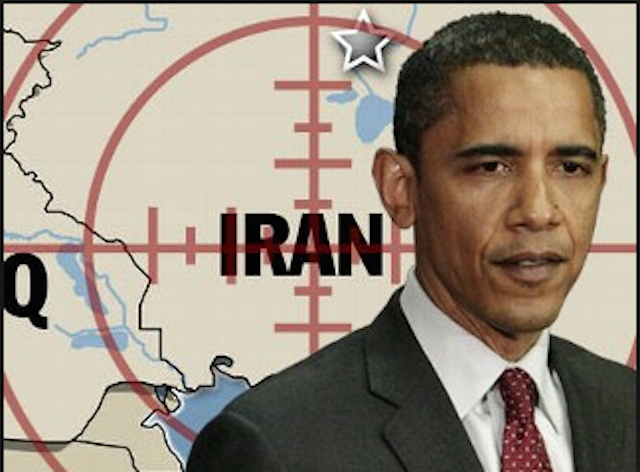 Because power corrupts, society’s demands for moral authority and character increase as the importance of the position increases. ~John Adams

“But the Emperor has nothing at all on!” said a little child.

“Listen to the voice of innocence!” exclaimed his father; and what the child had said was whispered from one to another.

“But he has nothing at all on!” at last cried out all the people. The Emperor was vexed, for he knew that the people were right; but he thought the procession must go on now! And the lords of the bedchamber took greater pains than ever, to appear holding up a train, although, in reality, there was no train to hold.” ~The Emperor’s New Clothes

The Death of Common Sense

I admit it, I’m Obamaphobic. Truth be told I’ve been this way since before he was elected. I paid attention to the very limited information that was put out about him and I judged him by who his associates were. Oh, I know, your mother told you that you could judge a person’s character by their associates but who cares about pesky things like character when the guy has a charming persona, a nice smile and can talk from a prompter.

David Rubin, in his book, The Islamic Tsunami – Israel and America in the Age of Obama lists Rashid Khalidi, the Palestinian American activist and former official spokesman for WAFA – the news agency for the PLO terrorist organization as just one of the questionable associates of Obama. He has also been linked to William Ayers, Reverend Wright and other nefarious characters.

My anxiety has grown over the years as I watched Obama incrementally show his true colors to the world. When he called the Fort Hood Islamic Jihad attack as work place violence. When the Benghazi terror attack was blamed on a video and he stood up at the UN stating that the future won’t belong to those who slander the prophet of Islam. When he traded a deserter from the army for 5 blood thirsty Taliban. As global Islamic Jihad increased exponentially and he called ISIS the JV Team. And as his foreign policy has literally set the Middle East on fire, Obama’s limp wristed response to the murders, beheadings, rapes and kidnappings have been alarming. Not only has his response been banal but he has denied that Islamic Jihad has anything to do with Islam.

Each time he stood up, after the Islamic Jihad committed yet another atrocity, to reassure the public, as a good leader would do, my Obamaphobia would grow as he drew a moral equivalence between the victims of Jihad and the Jihadist. Talk about audacity, he even began invoking the Crusades at a Christian prayer breakfast and lectured us not to get on our high horses after the Islamic State beheads Christians.

According to the State Department, all these guys need is a job and then they won’t want to chop off heads indiscriminately. When we balked at that, Harf informed us that the Obama regime is just too nuanced for us, we’re just too stupid to understand.

No Room on the Unicorn but Plenty Under the Bus. Is this the Obama doctrine?

Obama’s doctrine as stated in the interview with Thomas Friedman The New York Times ,

“Whatever happened in the past, at this point, the U.S.’s core interests in the region are not oil, are not territorial. … Our core interests are that everybody is living in peace, that it is orderly, that our allies are not being attacked, that children are not having barrel bombs dropped on them, that massive displacements aren’t taking place. Our interests in this sense are really just making sure that the region is working. And if it’s working well, then we’ll do fine. And that’s going to be a big project, given what’s taken place, but I think this [Iran framework deal] is at least one place to start.”

Really making sure the region is working? The region is going up in flames and Iran has played a big part in that. Once again, Obama detaches himself from reality, ignores and uses moral equivalence in dealing with a terror sponsoring regime. He believes that if he thinks something then it must be happening, even if all evidence points to the contrary.

It then stands to reason that Obama would “negotiate” with Iran while they are funding their terror proxies Hamas and Hezbollah, as they plan for their next attack, and while they were taking over Yemen in their bid to further their hegemony in the region and of course the usual refrain of, Death to America. They are funding the terror tunnels in Gaza as I write this.

Even the Arabs in the region are gearing up for war with Iran as Saudi Arabia has had to start military action in order to stop Iran’s aggression in Yemen.

Barack Obama vilified the Prime Minister of Israel, an ally of the only democracy in the Middle East, when he was invited by John Boehner to speak to Congress about the obvious dangers of the Iran deal. Obama even went so far as to interfere in the Israeli elections trying to make sure Netanyahu was not re-elected.

Netanyahu’s Obamaphobia was triggered as Iran reiterated their desire to destroy Israel, while negotiating with Obama and in turn demanded that Iran must recognize Israel in the deal. This was flatly rejected by the Obama regime.

This is a great concern to Israel. The only Jewish homeland in the world, with a land mass 2/3 the size of Vancouver Island, is being threatened by Iran and is surrounded not just by aggressive Iranian terror proxies but also by the Islamic State as it makes inroads in the region. Obama has promised to be there for Israel. And what exactly does that mean in Obama Speak? This coming from the man who ran off to play golf after the beheading of an American Journalist.

“The first was that when he became president Iran had “ thousands of centrifuges” which would now be cut down to around 6,000. In fact, in 2008, Iran had only 800 centrifuges. It was on Obama’s watch and because of his perceived weakness that Iran speeded up its nuclear program.

The second claim was that thanks to the scheme he is peddling “all of Iran’s paths” to developing a nuclear arsenal would be blocked. And, yet, in the same remarks he admitted that even if the claimed deal is fully implemented, Iran would still be able to build a bomb in just a year, presumably jumping over the “blocked paths.”

Obama’s worst claim was that the only alternative to his attempts at surrendering to the obnoxious Khomeinist regime would be US involvement in “another ground war in the Middle East.

He ignores the fact that forcing Iran through diplomatic action, sanctions and proximity pressures to abide by six UN resolutions could also be regarded as an alternative. In other words, preemptive surrender is not the only alternative to war.”

Let’s hope that the Obama Doctrine of emboldening the most dangerous rogue terror regime in the world will be stopped before it’s too late for all of us.