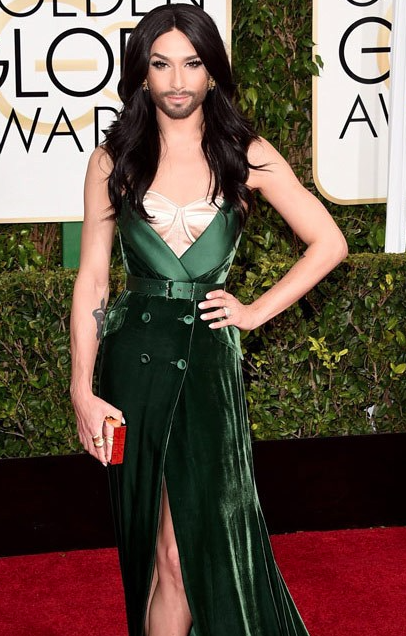 Those poor misguided Bleeding Hearts. They claim to be the peaceful political party, the “make love not war” people–the kinder, all-encompassing citizens in our society who are against war and opposition.

If this were true they would get a life and live it rather than constantly starting social and cultural wars.

Their most recent ‘boots on the ground’ battle is the ludicrous War on Gender and of course their home base is Hollywood, California. As if we did not have enough life threatening violence with al-Qaeda and ISIS and homegrown nut-jobs, the progressives on Rodeo Drive are also constantly attacking us.

The left’s ‘War on Women’ began when feminists decided women should be equal to men. What the early feminists really wanted was to be men and this continues into modern times.   They burned their bras (might account for extra sagginess amongst the Woodstock types), threw their children in daycare and went to work. They insisted they could do it all…bring home the bacon, fry it up, and raise healthy children in a loving home.

It did not happen.

What did happen was an irreversible breakdown in the American family as homes were torn apart through divorce. The wake of this national crisis can be seen in everyday life with massive public shootings, rage and violence in the home, at the workplace and on the streets. We are living in a combat zone of our own design.

A perfect example was in the early seventies when women became fire fighters. We all know there is a big difference is the dynamics of the male and female body, but rather than keeping their firefighting physical exam status quo, municipalities had to water down the test so that women could pass it. It doesn’t seem to matter that this exam is to ensure the safety of the firefighter and the citizens they are hired to protect in the case of a fire. My friend from high school was one of the first females hired in Miami-Dade County. She was 5’6 and 120 pounds soaking wet. I don’t care if the firefighter who might need to pull me out of a burning building is a man or a woman but I do want them to be physically able to do so.

Enter today’s Hollywood crowd, many of which are high school and college dropouts that are foaming at the mouth to be Political Scientists and politicians. Lucky us.  These people need to stick with trying to impress the Actors Guild and leave the rest of us alone. But no, like idiots on steroids all these bored actors and actresses fill their vast amount of in-between-jobs time to start problems where none exist.  Hollywood is hopeless as the precise example of their failed prototype.

Ashton Kutcher, the actor from Two and a Half Men and ex-husband of actress Demi Moore, is the latest to start a nonsensical battle in the left’s War on Gender. Apparently Ashton’s newfound role in fatherhood has found him in a Costco bathroom with no changing table so he is whining that a lack of changing tables in public bathrooms is sexist and discriminates against men.

No, it does not. It is not discriminatory against men for public bathrooms to make changing tables available only to their female customers. Like it or not, women are still the only sex to conceive and carry a baby, despite all of the foot stomping from the Left.

Furthermore, it is not inequitable for an establishment to solely place condom machines in their male bathrooms and tampons exclusively in the women’s room.

It is not bigoted to offer men’s cologne in the men’s room and perfume in the women’s room.

It is not prejudiced to have a distinction between the men and the women’s bathrooms; in fact it is appropriate and normal. Yes, I said it, normal. Reason being is that men and women are different and this too, is normal.

I have an idea. Mr. Kutcher lives in California where they have skewed ordinances for some of their bathroom policies. He ought to find himself a Gender Neutral-type bathroom and just say he “feels like a woman” and …problem solved. Unfortunately this may come as a surprise to Ashton but not all female bathrooms have changing tables, as it is up to the proprietor whether he or she wants to supply them. In a normal world, if the customer does not like it, they can spend their money elsewhere. But is it sexist not to supply them? Please. Hogwash is what this is and it is getting stronger in the grade and quality. Mr. Kutcher is a new father. If he wants to do the world a favor he should stifle the hogwash or he will raise another progressive fool. It will be curious to see what becomes of the left’s war on the sexes as they pretend there is no difference in boys and girls.  Liberals love to quote science. Well, science, DNA, hormones, the birds and the bees all agree that there is a difference between a man and a woman and no amount of rainbows and unicorns and wishes can change that.

I have another idea for Mr. Kutcher. If he wants to go after Costco for something “morally shameful” I say he petition that Costco refuse to sell veal. Male babies from dairy cows are tortured by being chained in a tiny box not even big enough for them to turn around in. For 16 cruel weeks they are tethered by their necks as well to prevent any movement at all and then drug to the slaughter house, too weak to walk. The blood curdling screams sound like the babies they are as their throats are cut. Mr. Kutcher, petition this! Veal production is one of the most inhumane practices possible on earth and much more important than whether or not there are changing tables in the men’s facilities at Costco. Even Mr. Randy Strauss, the CEO of the largest American Veal producers agrees calling it “inhumane and archaic” and says they do “nothing more than subject a calf to stress, fear, physical harm and pain.”

But getting back to the alleged War on Gender, there is nothing wrong with sex; it is not a dirty word but it is most certainly a misplaced and exploited word.  Watch Doris Day and James Garner in The Thrill of It All and you will be entertained with its veiled sexuality. Turn on your television today and you will see way too much in-your-face sex from people like Kim Kardashian. But one thing is for sure…there is a difference. Hollywood has a theatrical vision as they try and neuter Americans and pretend there is no difference between boys and girls. I can see it now…America, the first neutered society on earth. Let no man or woman pull asunder.

Men and women make the world go round and some stereotypes have existed almost since the beginning of time. For example, every time I call my local Merry Maid, they send women to clean my house. And throughout my entire life, each visit to the car mechanic brings a man out to work on my car, not a woman. I have never had a male nurse or hired a male babysitter. My children’s public school teachers have been 85% female and my college professors 75% male.   Did I sue, or say it is unfair, or complain, or cry sexism? Of course not… because I am a conservative. What in heaven’s name do we do about the Boy Scouts and Girl Scouts? I am not sure how many red-blooded American little boys will be fond of wearing the Girl Scout dress and selling cookies…

Unfortunately the dummies waiting with baited breath to vote for Hillary have not yet realized that without the opposite sex there is no one to procreate and you are left with no race at all but left to Liberals, the future of Barbie and Ken does not look bright.  At one of their more recent awards shows I gazed upon a picture of an attendee on the red carpet that left me speechless. The person was wearing a beautiful floor length green gown complete with impeccable hair, make up, and jewels. This person was also sporting a full-faced beard. Any way you want to slice or dice it, if you have on an evening gown you do not sport a beard. My conservative Mother taught me that this is what depilatory is for.

Progressives think Conservatives are backwards, oppressive and closed-minded. No. We are correct, and don’t have the time or inclination to waste on sheer stupidity. So as the bandwagons fill up with Hillary supporters and their War on Women chugs full steam ahead with movie stars at the wheel, never forget the wise and wonderfully witty words of President Ronald Reagan: “It isn’t so much that liberals are ignorant. It’s just that they know so many things that aren’t so.”

And for the record, Hollywood needs a need sign: Hollywood, enter at your own risk – No Lifeguard on duty!

Daniel Greenfield: The Closing of the Liberal Mind