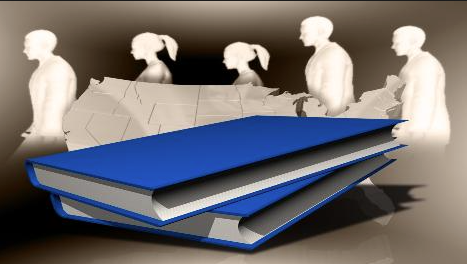 Near the conclusion of 2014, Tennessee Gov. Bill Haslam (R) initiated the domino effect that all high school graduates have the natural right to attend a two-year community college on the taxpayer’s tip. No barriers to entry are necessary including those of minimal requirements even for students barely graduating with currently-unacceptable grades. What is private is now public. It is time most of the public sector, including collegiate levels, be privatized once and for all. I oppose further enabling the most intellectually, logically incompetent generation in history.

The program called Tennessee Promise would effectively castrate the bulk of another longstanding initiative with a similar goal known as the HOPE Scholarship Fund funded by the Tennessee Lottery which provides for a minimum of a 21 on the ACT and a 3.0 GPA in order to qualify for a standard scholarship minus costs for textbooks and supplies.

Tennessee Promise is both a scholarship and mentoring program that will begin in the fall of 2015. It will provide students a last-dollar scholarship, meaning the scholarship will cover tuition and fees not covered by the Pell grant, the HOPE scholarship, or TSAA funds. Students may use the scholarship at any of the state’s 13 community colleges, 27 colleges of applied technology, or other eligible institution offering an associate’s degree program. While removing the financial burden is key, a critical component of Tennessee Promise is the individual guidance each participant will receive from a mentor who will assist the student as he or she navigates the college admissions process. In addition, Tennessee Promise participants must complete eight hours of community service per term enrolled, as well as maintain satisfactory academic progress (2.0 GPA) at their institution.

Nashville Public Media acknowledged only 11 percent of students graduate from community colleges in Tennessee, “U-Turning” event in the middle of program czar Mike Krause who declared while there is no targeted graduated rate, the state wants 55 percent of all adults to have graduated with college degrees by 2025.

Hello grade inflation, ladies and gentlemen, and welcome further Affirmative Action initiatives to see the black community receives higher grades than their white and Asian peers for being ”too intelligent” and worse. Read on to see how serious this is nationally.

I graduated high school on May 20, 2000 prior to the passage of the lottery and the HOPE Scholarship Fund. As my grade point average (GPA) was fair and test scores unspectacular, it was a real competition to be accepted into top universities and private liberal arts colleges. I received offers from the University of Alabama, North Carolina State University, the University of Illinois, the University of Miami (FL) and among the last of the lot, the University of Tennessee in my hometown of Knoxville. Entry into college was never a guarantee, nor like at present was it a free lunch. Today however, high school students are discouraged from achieving greatness by permitting their talents and intelligence to atrophy through Common Core, to let it wither at the threshold of tomorrow’s leaders’ capacity to invoke logic to solve even the most basic of problems. Mediocrity is not only encouraged by design, it is demanded, outlined within its curricula.

On December 4, 2014, Gov. Haslam and embattled University of Tennessee Chancellor Jimmy Cheek attended a White House higher education summit where scores of public university administrators were present. Gov. Haslam touted the program tantamount to guaranteeing a house with a two car garage for one and all is in fact working, per my hometown The News Sentinel’s report:

Of the 65,000 high school seniors in Tennessee, 56,000 have applied for the Tennessee Promise scholarships, which will be awarded for the first time to the class of 2015. The scholarships pay tuition for two years at a community college or technical school.

Said Gov. Haslam, whose family is the de facto owner of the University of Tennessee, “We feel pretty good about just out of the gate having almost 90 percent of our high school seniors apply.”

Akin to how he was elected, President Obama delivered in his address his pledge to ensure academically-inept students might someday achieve the same status as the voting dead in his adopted hometown, Chicago:

“If all of us work together — teachers, parents, nonprofits, corporations, school districts, university system — if we make sure they remain the best-educated generation in American history, there is no limit to what they can achieve.”

Apparently, what is not born into primogeniture and entail and funds the Democratic Party at Harvard University, where students “earn” on average an “A-” in every class compared to the normal “C+” some 60 years prior, will almost surely graduate recalling precious little about their college experiences save the subsequent days hung over playing World of Warcraft and flunking out of school as a result of never attending classes because of these disturbing behavior patterns; there are classes for playing video games too. And while this is without dispute, no one will repay debt for failing to graduate, a problem in Tennessee given entrance into Middle Tennessee State University in Murfreesboro in the Nashville Metropolitan Area experienced a decrease of 4.852 percent (or 1,15) in total new student entry for 2014-5 despite the, HOPE Scholarship Fund aiding deserving students. Of course rather than address this by stressing more fiscally responsible initiatives, the state pours more money as its concrete policy to stabilize an abysmal impossibility and base standards have decreased.

What are America’s collegians in 2015 learning that I did not upon my entering college in August 2000? Well, a full reversion to the era of Jim Crow, only far worse in how it reflects Apartheid South Africa under the Obama Doctrine of discrimination to pay back past centuries of “white privilege” and slavery. But most damnable is the revelation this president and the entire Democratic Party by proxy now reflect the Third Reich more than its most radical ideologues at these same public universities once advocated in their zeal for Marxism. Witness in the news the abhorrent stories from California universities in its systemic, faculty and administrative-sanctioning of antisemitism through organizing pro-Palestinian and now ISIS rallies harassing and assaulting Jews, chanting “Allahu Akbar” as they do so. The same is true where University of Wisconsin students have spraypainted pro-Nazi graffiti at Jewish organizational buildings and synagogues just as it happened nearly one year ago in Atlanta at Emory University.

But Jews are the not the lone persecuted people of the American social construct by higher education. Christians actually have it worse as there are far more cases in volume with respect to entire organizations being shut down by university administrators for, quote, Where else but yet another California university where the following was detailed by Universal Free Press?

California State University, which has 23 campuses, is refusing to recognize a well-established international Christian Student Group. The college will no longer recognize InterVarsity Christian Fellowship, an evangelical Christian Group with 860 chapters in the United States. The reason? Because they require leaders to adhere to Christian beliefs, effectively closing its leadership ranks to non-Christians and gays. The University system says InterVarsity’s leadership policy conflicts with its state-mandated nondiscrimination policy requiring membership and leadership in all official student groups to be open to all.

Organizations are required to sign a nondiscrimination policy and the University has been trying to get them to sign one for the past year, but the Student Group has refused.

The InterVarsity Christian Student Group has been active in the United States since 1947, and has been challenged on more than 40 college campuses. Other schools that have challenged InterVarsity include Vanderbilt University, Rollins College, and Tufts University, but California State University, with 447,000 students is the largest to ban them so far.

And of course, Vanderbilt University in Nashville, a university engrossed in a rape scandal by its football program during the James Franklin years where all parties attempted to sweep beneath the carpet its disturbing criminal culture, happens to oblige; after all, one does not become a Christian unless he volunteers his life to Jesus Christ, declaring Him his Savior. But they still “Anchor Down”. Nor can one be a Democrat and not be tacitly complicit through his association in supporting child rape and sex trafficking.

If such trends continue due to the rapid expansion of more Affirmative Action-type Apartheid statutes, what transpired in California, with Asian high school graduates being docked 55 points on their SAT exams due to oversaturating institutions and for being intellectual “cookie cutters” will diffuse far more broadly and dangerously once the redundant black community and illegal Hispanics from south of the border achieve a near prohibition on permissible entries for whites and Asians and of course, President Obama’s jihadist friends now including ISIS at Ivy League Cornell University. And if we are careful, Obama will steal our babies too for the sex trafficking ring the Democrats support broadly as it protects Planned Parenthood and Islam from not facing legal scrutiny over their crimes against humanity.

Interview with John Duffy, Director of Short Film, “The Flag”