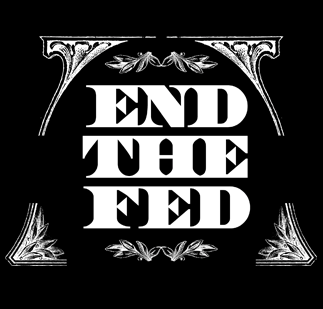 One of Tea Party presidential candidate Ted Cruz’s political crusades is to dissolve the Internal Revenue Service (IRS) alongside the progressive income tax. Should he accomplish this as president, he will be lauded a great American hero, singing the fanfare for the common man and helping end the welfare state. He is neither reflective of a fascist Democrat seeking to apply a national socialist Apartheid state persecuting Christians, Jews or anyone who is a conservative or libertarian or not a Muslim or Satanic; nor is he the established GOP, a party now vaguely resembling the oldest form of conservatism, Toryism, or a political platform predicated upon hereditary privilege, of primogeniture and entail akin to the Bush family. Likewise as a man raised by a Christian evangelical, he would be appalled by any comparison to a religious icon. He is not Barack Obama, who delusionally believes he is the deity of Islam.

The Tea Party represents Main Street, U.S.A., not the Obama-scorched Reichstag now our Capitol building nor Wall Street for today’s GOP. It has now enough support to challenge as a major political party (24 percent on October 1, 2014 supported the Tea Party according to Gallup), as it possessed 58 percent of all GOP congressional seats in 2013 and has found the secret to declaring absolute victory either through the Republican Party or in fundamentally destroying it by its attraction of the “Reagan Democrats”, to the tune of close to 40 percent of its organizational membership and supporters. Citizens United among others through the Koch brothers has supported it financially.

Free Enterprise, correctly applied, recognizes no unnatural barriers to growth. The natural right to expand upon one’s talents and work ethic will be provided for each American to acquire a sustainable living and wealth for all willing to make this endeavor. For this reason, I support the repeal of the national minimum wage standard in favor of the Swiss standard of negotiated contracts overwhelmingly supported by popular referendum. It entails the following:

I advocate a market-based tax policy which combined with a balanced budget amendment and the dismantling of the Federal Reserve, will not only pay off all debt over time by capping all budgetary measures and ending the debasing of the coinage through fluctuating interest rates, but too the frequency of hard recessionary periods and the incentives under the Democrats’ socialist platform to go to war as it has the four catastrophic times since 1917. The Fair Tax is similar to this, providing opportunity for the inner city poor to have free economic zones unfettered by repressive federal business and capital gains taxes to encourage entrepreneurship in conclusion.

What Can We Do To Save America?