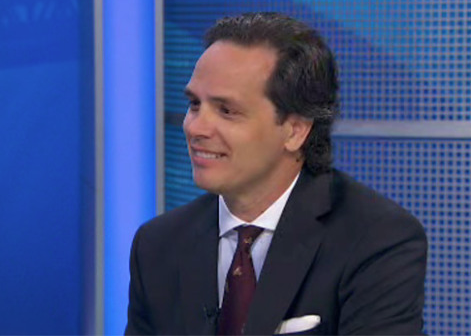 “As a candidate for U.S. Senate, I will advocate for bold changes for California and the nation so that prosperity is not limited to the well-connected,” said Del Beccaro. “I support a flat tax nationwide, the repeal of California’s high speed rail bond and a comprehensive water infrastructure and acquisition program for California. California, which historically has been a hi-tech leader, should be the world leader in water technology to meet the challenges of tomorrow and we need a new generation of leaders who will champion the policies necessary to foster that.

“Californians deserve to have a tax system that favors everyone, not just the rich. For years, the Democrats in Congress and the California Legislature have cut deals that they claim will bring jobs to our economy, when, in reality, our economic growth remains stagnant while citizens live paycheck-to-paycheck.”

Del Beccaro says, “It is time to return to an era of economic growth and away from political division, which arises when government picks winners and losers instead ensuring prosperity for all.”

From his interview on KPIX:

Tom is a frequent talk radio and television commentator across the country. His Op-Eds have appeared in places like The Washington Times, Investors Business Daily, The Weekly Standard, Politico, The Daily Caller, Human Events, The Sacramento Bee, The Modesto Bee, The Press Enterprise, The Orange County Register and The San Francisco Chronicle.

In the last 14 years, Tom has made over 1,100 speeches/panel appearances throughout California for community groups and at places like the San Francisco Commonwealth Club, Western C-PAC and the University of California at Berkeley.