The only question worth asking about gay marriage is whether anyone on the left would care about this crusade if it didn’t come with the privilege of bulldozing another civilizational institution. 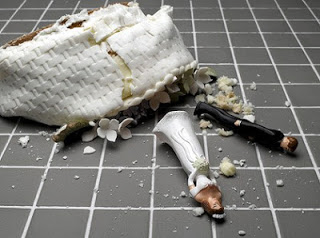 The statistics about the falling marriage rate tell the tale well enough. Marriage is a fading institution. Family is a flickering light in the evening of the West.

The deconstruction is destruction. Entire countries are fading away, their populations being replaced by emigrants from more traditional lands whose understanding of the male-female relationship is positively reactionary. These emigrants may lack technology or the virtues of civilization, and their idea of marriage resembles slavery more than any modern ideal, but it fulfills the minimum purpose of any group, tribe or country– it produces its next generation.

Each step on the tour takes apart the definition and structure of marriage until there is nothing left. Gay marriage is not inclusive, it is yet another attempt at eliminating marriage as a social institution by deconstructing it until it no longer exists.

There are two ways to destroy a thing. You can either run it at while swinging a hammer with both hands or you can attack its structure until it no longer means anything.

The left hasn’t gone all out by outlawing marriage, instead it has deconstructed it, taking apart each of its assumptions, from the economic to the cooperative to the emotional to the social, until it no longer means anything at all. Until there is no way to distinguish marriage from a temporary liaison between members of uncertain sexes for reasons that due to their vagueness cannot be held to have any solemn and meaningful purpose.

You can abolish democracy by banning the vote or you can do it by letting people vote as many times as they want, by letting small children and foreigners vote, until no one sees the point in counting the votes or taking the process seriously. The same goes for marriage or any other institution. You can destroy it by outlawing it or by eliminating its meaningfulness until it becomes so open that it is absurd.

Every aspect of marriage is deconstructed and then eliminated until it no longer means anything. And once marriage is no longer a lifetime commitment between a man and a woman, but a ceremony with no deeper meaning than most modern ceremonies, then the deconstruction and destruction will be complete. 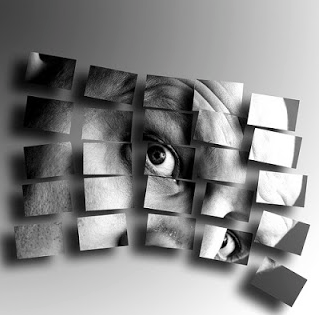 Gay marriage was never the issue. It was always marriage.

In the world that the deconstructionists are striving to build, there will be marriage, but it will mean nothing. Like a greeting card holiday, it will be an event, but not an institution. An old ritual with no further meaning. An egotistical exercise in attention-seeking and self-celebration with no deeper purpose. It will be a display every bit as hollow as the churches and synagogues it takes place in.

The left’s deconstruction of social institutions is not a quest for equality, but for destruction. As long as the institutions that preceded it exist, it will go on deconstructing them until there is nothing left but a blank canvas, an unthinking anarchy, on which it can impose its perfect and ideal conception of how everyone should live.

Equality is merely a pretext for deconstruction. Change the parameters of a thing and it ceases to function. Redefine it and expand it and it no longer means anything at all. A rose by any other name might smell as sweet, but if you change ‘rose’ to mean anything that sticks out of the ground, then the entire notion of what is being discussed has gone and cannot be reclaimed without also reclaiming language.

The left’s social deconstruction program is a war of ideas and concepts. Claims of equality are used to expand institutions and ways of living until they are so broad as to encompass everything and nothing. And once a thing encompasses everything, once a rose represents everything rising out of the ground, then it also represents nothing at all.

Deconstruction is a war against definitions, borders and parameters. It is a war against defining things by criminalizing the limitation of definitions. With inclusivity as the mandate, exclusivity, in marriage, or any other realm, quickly meets with social disapproval and then becomes a hate crime. If the social good is achieved only through maximum inclusivity and infinite tolerance, then any form of exclusivity, from property to person to ideas, is a selfish act that refuses the collective impulse to make all things into a common property with no lasting meaning or value.

As Orwell understood in 1984, tyranny is essentially about definitions. It is hard to fight for freedom if you lack the word. It is hard to maintain a marriage if the idea no longer exists. Orwell’s Oceania made basic human ideas into contradictory things. The left’s deconstruction of social values does the same thing to such essential institutions as marriage; which becomes an important impermanent thing of no fixed nature or value.

The left’s greatest trick is making things mean the opposite of what they do. Stealing is sharing. Crime is justice. Property is theft. Each deconstruction is accompanied by an inversion so that a thing, once examined, comes to seem the opposite of what it is, and once that is done, it no longer has the old innate value, but a new enlightened one. 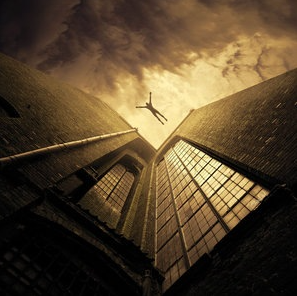 The final deconstruction eliminates nation, religion, family and even gender to reduce the soul of man to a blank slate waiting to be written on.

That is what is at stake here. This is not a struggle about the right of equality, but the right of definition. It is not about whether men can get married, but whether marriage will mean anything at all. It is about preserving the shapes and structures of basic social concepts that define our identities in order to preserve those very concepts, rather than accepting their deconstruction into nullification.

The question on the table is whether the institutions that give us meaning will be allowed to retain that meaning. And that question is a matter of survival. Societies cannot survive without definitions. Peoples do not go on existing through the act of occupying space. The deconstruction of identity is also the destruction of people.

And that is what we are truly fighting against.