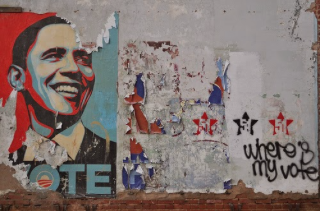 The West didn’t defeat Communism; it held it at bay long enough for it to defeat itself. The Soviet Union and the People’s Republic of China crushed Communism more decisively than Goldwater could have ever dreamed of.

The embargo didn’t turn Cuba into a hellhole whose main tourism industry is inviting progressive Canadian pedophiles to rape its children. Castro did that with help from the dead guy on the red t-shirts.

“One of the greatest benefits of the revolution is that even our prostitutes are college graduates,” Castro told Oliver Stone. In real life, his prostitutes are lucky if they graduated from elementary school.

American admirers eager to get to Havana claim to be worried that Starbucks will ruin their Socialist paradise. What really worries them is that American businesses might give Cuban teens an economic alternative to sexually servicing decrepit leftists from Berkeley for $10 a night in the revolutionary version of Thailand where everyone is free, especially the political prisoners and raped children.

There’s no embargo to blame in Venezuela. Hugo Chavez destroyed his own Bolivarian revolution by implementing it. The Venezuelan economic collapse really took off while Obama was in the White House leafing through the tract Chavez had gifted him blaming America for all of Latin America’s troubles.

Now Chavez, the tract’s author and the Venezuelan economy are all dead.

Chavez’s successor has desperately tried to blame America for his crisis, but Uncle Sam had nothing to do with the lack of toilet paper in the stores, the milk rationing and the soldiers stationed outside electronics retailers. It’s just what happens when the left wins.

When the man in the White House wanted a Latin American revolution to succeed, it still failed.

The left is at its best when it’s trying to take power. It unleashes its egocentric creative impulses, it writes poems, plays and songs as its heroes die in doomed battles or pump their fists at protests. And then they win, get rich and fat, the people grow poor and the country becomes a miserable dictatorship. Try putting a 300 pound Che on a t-shirt. Or get inspired by Obama lazily playing golf.

A successful leftist revolution quickly becomes indistinguishable from an ordinary oligarchy. Millions may die, but decades later all that’s left is a vast pointless bureaucracy that runs on family connections, an ideology no one understands anymore and an impoverished population ripe for outside exploitation.

And then before you know it, Moscow is full of fast food joints, China uses slave labor to make iPhones and aging hippies can buy children in Cuba for the price of a Happy Meal.

The left rams through its ideology by force and when the ideology is gone, all that’s left is the force.

Now that the left has gotten its way in America, crushing its enemies, inflicting everything from socialized medicine to mandatory gay marriages on the masses, the excitement is gone. Even pro-criminal policies, the straw that once broke the left’s electoral back, have been accepted by Republicans. 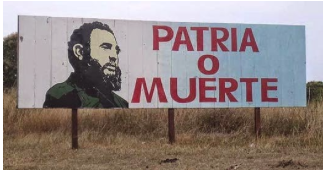 What’s left except trying to sell Hillary Clinton as the exciting face of the future, a task that even the left seems to lack the stomach for. The excitement died once Obama took over. Suddenly those inspiring speeches no longer inspired. The speeches were the same teleprompter pabulum mixing bad poetry with worse diction, but there was no longer anything to push against except a frustrated Republican opposition in Congress. The left had won and victory was boring.

Obama took to golfing. He only seemed to come alive by campaigning so he campaigned all the time in an endless non-stop cultural revolution.

Imagine a future in which the left wins permanently. Just picture Hillary Clinton and then Elizabeth Warren and finally Bernie Sanders kept alive in the Oval Office by electricity and fetal stem cells from babies. Imagine the country run like the DMV. Imagine it divided between the politically connected and the poor. Imagine everyone else giving up and surviving on the black market. Imagine Social Justice becoming a slogan that everyone is forced to repeat, but that no one understands.

And then the Chinese will come along to take advantage of the cheap labor.

The left is like a suicide bomber or a honey bee, it can’t win. It can only kill and die. A successful leftist regime is a contradiction in terms. The hard revolutions blow up fast and then decay into prolonged misery. The soft electoral revolutions skip the explosions and cut right to the prolonged misery.

Europe went Full Socialist and gave up. Carter’s malaise has been a reality in Europe for generations. What was four years in America was forty years in Europe. The American left’s great ambitions; bureaucratic rule, international impotence, national health care, endless education, environmental correctness and childbirth replaced by immigration were realized in Europe. And they killed Europe.

What can the left achieve when it no longer has to worry about a conservative opposition, budgets, democracy or any other obstacle to its great dreams? Cities filled with old men and women who never had children. Cities filled with young men and women who will never marry, who are still working on their fourth degree without ever having held a job. Cities filled with multi-generational welfare recipients who are also the only ones having children. Cities owned by foreign nations from their historic buildings to their imported booming populations. That was the great accomplishment of a united Europe.

No children, no jobs and no future. No great works, no civilizational progress and no golden age.

What stakes are to a vampire, victory is to the left. The left gains its creative energies from fighting against authority. Its entire reason for existing is to resist. In triumph, its writers become prostitutes for authority, its heroes become tyrants and its myths die on propaganda posters dissolving in the gutter. 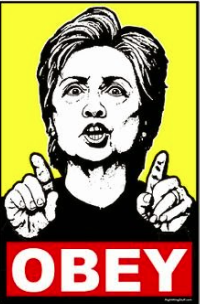 The left gains its ideological legitimacy from reform. But what happens when it becomes the entity in need of reform? Then reform dies and the word comes to be used as a euphemism for oppression. All the ideas die while the slogans march on like zombies. Radicals kill and then are killed. The men and women who used to fill the gulags, die in them instead. Lenin becomes Stalin becomes Khrushchev.

Before you know it, no one remembers why there was a revolution or how to get rid of it.

The American left survived its last round of victories by losing elections. It won while maintaining the appearance of defeat. Now it has both the appearance and the substance of victory. And there’s nothing left except making sure that every pizzeria caters gay weddings. Maddened social justice warriors lynch-tweet their own over trifles as the revolution’s children devour its elders in search of someone to fight.

The left has won and victory is killing it. It’s a slow miserable death for it, and for us.

If we win, then a defeated and revitalized left will go back to fulminating and ranting, plotting and scheming its way to a victory that will kill it. If its victory becomes permanent, a generation from now Cuban sex tourists with pesos will be visiting the Socialist enclaves of Berkeley or Boston for their child prostitution needs.

An Oklahoma Call to Action to Define Traditional Marriage