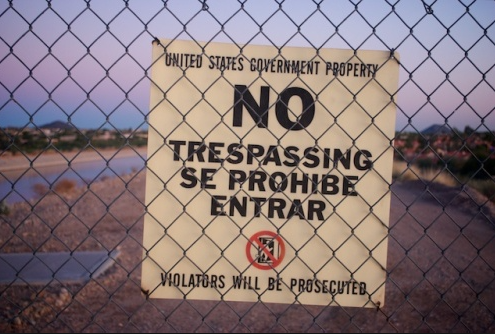 Several actions and executive orders issued by President Obama during his presidency seek to undermine the sovereignty of our nation.

In one such action, President Obama bypassed Congressional approval when on July 19, 2010 he signed Executive Order 13547 – Stewardship of the Ocean, Our Coasts, and the Great Lakes .

On June 12, 2009 he established the Interagency Ocean Policy Task Force and charged them with “developing recommendations to enhance our ability to maintain healthy, resilient, and sustainable ocean, coasts, and Great Lakes resources for the benefit of present and future generations.” This task force was comprised of 24 senior-level officials from executive departments, agencies, and offices across the Federal government and was led by the Chair of the Council on Environmental Quality (CEQ).

The task force finalized its report to the President on July 19, 2010. Executive Order 13547 adopted the recommendations of the task force and directed executive agencies to form the National Ocean Council, which will be comprised of the Chair of the Council on Environmental Quality (CEQ) (Nancy Sutley) and the Director of the Office of Science and Technology Policy (Dr. John P. Holdren), as co-chairs of this Council. The Council also includes the Secretaries of State, Defense, the Interior, Agriculture, Health and Human Services, Commerce, Labor, Transportation, Energy, and Homeland Security, the Attorney General, the Administrator of the EPA, the Director of the Office of Management and Budget, the Under Secretary of Commerce for Oceans and Atmosphere (Administrator of NOAA), the Administrator of NASA, the Director of National Intelligence, the Director of the National Science Foundation, and the Chairman of the Joint Chiefs of Staff, the National Security Advisor and the Assistants to the President for Homeland Security and Counterterrorism, Domestic Policy, Energy and Climate Change, and Economic Policy; and basically anyone else the Co-Chairs of the Council may choose to designate.

“Each coastal State should consider establishing, or where necessary strengthening, appropriate coordinating mechanisms (such as a high-level policy planning body) for integrated management and sustainable development of coastal and marine areas. …”

This executive order also intends to pursue the United States’ accession to the Law of the Sea Convention, or Law of the Sea Treaty (LOST)  Dr. Lamb goes on to say “This treaty would give the U.N. power to regulate activity within our territorial seas (Article 2, (3)); it would give the U.N. the power to levy taxes in the form of application fees ($250,000) and royalties; it provides no benefits that the United States does not already enjoy. Yet, the Obama administration has set up this new National Ocean Council to convince the Senate to ratify the treaty.”

In 2004 President George W. Bush signed the treaty, which essentially would give the International Seabed Authority all of the rights over the Atlantic, Pacific, Indian and Arctic oceans and all of the oil and mineral resources they contain. The International Seabed Authority, created by The Law of the Sea Convention, consists of 155 nations, wherein the United States would have only one vote and no veto. But of course, the United States would pay the principal share of the operating costs, as we do today with the United Nations, paying close to 17% of its operating costs. Fortunately the Senate did not pursue its ratification at that time.

The Preamble to the United Nations Convention on the Law of the Sea states:

“Bearing in mind that the achievement of these goals will contribute to the realization of a just and equitable international economic order which takes into account the interests and needs of mankind as a whole and, in particular, the special interests and needs of developing countries, whether coastal or land-locked,

Desiring by this Convention to develop the principles embodied in resolution 2749 (XXV) of 17 December 1970 in which the General Assembly of the United Nations solemnly declared inter alia that the area of the seabed and ocean floor and the subsoil thereof, beyond the limits of national jurisdiction, as well as its resources, are the common heritage of mankind, the exploration and exploitation of which shall be carried out for the benefit of mankind as a whole, irrespective of the geographical location of States,…”

The signing of this executive order will impact each and every one of us. It will restrict where, when and who will be able to fish off of our coasts and within the Great Lakes, whether for pleasure or commercially. It will most assuredly create an atmosphere where everything we do will be policed by the National Ocean Council and the United Nations and levies assessed for the right to fish, explore, drill and eventually navigate throughout our coastlines and throughout the world.

This will lead to increases in our costs for food, energy, travel, recreation and more, in their pursuit of redistributing our wealth to Third World nations through the United Nations and the International Monetary Fund.

While the Senate never ratified the Law of the Sea Treaty, Americans must understand that the National Ocean Council is making policy in accordance with the spirit of the treaty, and completely outside Congressional review or oversight.