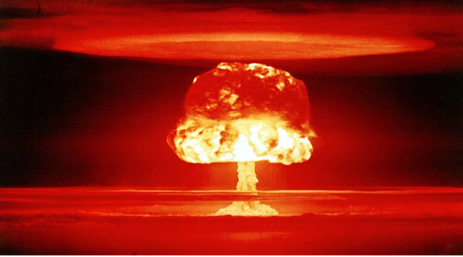 An ABC News & Washington Post poll showed that the majority of Americans support a nuclear deal with Iran. The poll demonstrated that Americans were willing to welcome a deal that restricts Iran’s nuclear ambitions in exchange for the lifting of sanctions. In addition to this finding, according to the report, “Nearly six in 10 say they are not confident that a deal will prevent Iran from developing nuclear weapons.”

However, these issues are not what has the United States of America, in real danger, it’s the following information that sent alarm bells ringing. A Pew Research Center survey released on Monday showed that only 62 percent of the public believes Congress, and not the President, should have final authority in establishing a treaty with Iran. If that does not alarm you let me explain a little more what that means.

The power to grant treaties with foreign nations is one specifically outlined in the U.S. Constitution and it was made clear that no one person could create such a treaty. While it is true the President takes the lead role in establishing a relationship and treaty with foreign nations, it is equally true that any document he or she draws up must then be reviewed by the Senate. The Senate, after reviewing the document, will give advice for changes or by a two thirds supermajority, approve the treaty. Any document not approved by the Senate is not a binding treaty with the United States but merely an executive agreement…powerless beyond the Presidents sphere of influence.

Now, some may argue that 62% is a majority of Americans, so why should we be alarmed? How about because that means nearly 40% of Americans have no idea what the Constitution says about the limits of the Presidential powers. If you had taken this poll at the end of World War I or World War II, it would most assuredly have been more like 85% of Americans would have known the President could not create a treaty on his own.

Next you have the obvious ignorance or apathy of the American people. Even when they see a threat looming in the distance they feel no sense of urgency to deal with that threat. Preferring instead to wait until the threat is actually an attack on the U.S. This is supported by the Gallup poll which said that 75% of Americans believe Iran poses a “critical threat” to the U.S in the next 10 years, but only 30% felt we needed to use any military intervention to halt Iran from developing a nuclear weapon. Assuming, one guesses, that we will deal with the problem once the mushroom cloud dissipates.

Understand, a U.S. military invasion of Iran is not advisable nor desirable, but believing that we can allow the threat to fester for 10 years and then deal with it is foolish. Imagine having a cancerous tumor in your body that you know is a serious threat but instead of having it removed, you just wait until the doctor tells you it is killing you before you start chemotherapy. Sure, you have delayed the utter sickness and pain of the treatment for the disease but you have now put yourself in a position that gives the tumor the upper hand. You have sealed your doom. Your early prognosis might have been depressing but rather than avoiding death, you have made it a certainty.