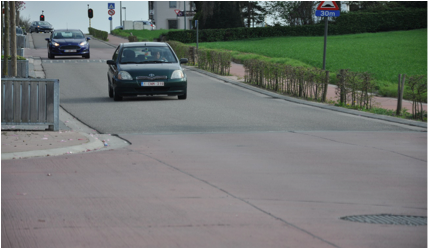 My husband has been assigned to NATO headquarters for the last three years and as such it has meant our family has lived in the heart of Europe or as it is more commonly called, Brussels, Belgium. During our time here a few very obvious differences have been hard not to notice. I took a few moments to jot them down to see if other folks have noticed similar situations.

My husband and I were having dinner, at a nice Thai restaurant, in our neighborhood, and noticed conversations in French, Flemish (Dutch), English, and Thai. We could break down the languages further by noting that some of the English accents were British while others, (ours) were North American. It’s true you might hear more than one in the United States but it’s likely to be English and Spanish.

This discovery may have been (and still be) the hardest point for me to learn. Many times I’ve been starting Sunday dinner and realized I needed milk or eggs or some other item. I’ve dashed out to find the local Cora, Delhaize, Carrefour, and Colruyt closed! Do not bother to look for a 24 hour Wal-Mart as there isn’t one to be found. There aren’t even convenience stores open on Sunday, where I live. However, the Belgians have deduced a method for purchasing gasoline even when the store is closed…you just need the right type of card. The pumps will still work even when no one is working the register inside.

OK, by underage I mean under the age of 21…OK, actually I mean under the age of 18. Yes, here in Belgium you can legally drink at the ripe old age of 16. Having gone to a pub and witnessed a group of kids drinking who, in the U.S. I’d likely be teaching high school World History…was a bit shocking. However, I quickly learned they aren’t allowed to drink anything stronger than the average American beer…say 3.5%…most Belgian beers are more likely to be 7% or higher.

Alcoholism does not seem to be a problem here in Belgium. In fact, the only problems we have encountered that centered on access to beer has been getting our hands on the World’s Best Beer…Westvleteren 12. (A beer so revered you have to call ahead weeks in advance to get a chance at buying a limited 2 cases…then you cannot call again for three more months) They even take down your plate number and make sure you don’t have someone else come.

I can’t prove this but I suspect that children are given their first bicycle around age 1…it doesn’t have pedals and the child first learns to balance him or herself as they coast along with their parents. Their parents are of course, riding beside them…Given the way Belgians drive…it would be safer if they rode their bikes more often and drove less. (Sorry if anyone is insulted)

There must be a shortage of white and yellow street paint in Belgium because they use it so sparsely that only a few of the major highways (i.e. interstates) have lanes painted. Most of the time, drivers just ride in the middle of the road (as is depicted in the photo above) and only move over when they see the oncoming car is only15 meters or maybe 10 from hitting them head on. The first 18 months of driving in Belgium was like playing Chicken…I was sure the next car wasn’t going to move over and my life was about to be over! Then, I adjusted to the insanity that is Belgian driving and only concerned myself with being sure I yielded to cars coming out of roads from my right. (Yes, that’s a law here…you yield to cars from roads on the right) You also cannot make a right turn on a red light even if there isn’t a car in sight for several kilometers.

My time in Belgium is drawing to a close and it has been a wonderful learning experience. I haven’t learned to speak French or Flemish…but I’ve learned to appreciate the differences between Flanders and Wallonia. If you are in Wallonia it’s perfectly fine for my husband to practice his polished French…but woe unto thee if he tries to use it in Zaventem! As we would say in the South, “Them’s fighting words!” to the Flemish folks.

Soon we will be in Hawaii where an entirely new set of rules and cultural differences await. There, we may all be American but we “mainlanders” aren’t natives! Oh well, at least in Hawaii, if I’m viewed as an outsider because of the way I speak, I can stand to be “outside” on a beautiful beach…where as in Belgium it’s likely that being outside requires the use of an umbrella and a coat.