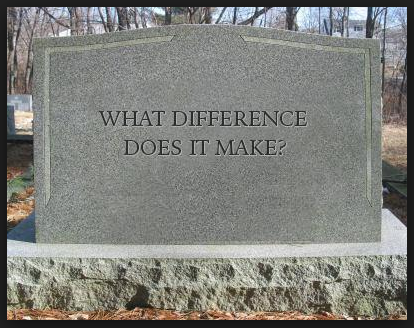 The 2016 Presidential campaign is beginning to ramp up and so far the only candidate the left is banking on is Hillary Clinton. When you look at the big picture, this means the mainstream media and Democrat voters have just one option at this point to get excited about. As it stands there are only two other Democrats (Martin O’Malley, former Governor of Maryland and Jim Webb, former Virginia Senator) who have voiced interest in running for President in 2016, however neither have yet to “wow” the base.

So Republicans should have no problem in taking over the Presidential seat in 2016, right?

The Republican-controlled Congress so far has not made a great impression on the American people since gaining control in 2015. One would think that when the voters turned out in record numbers to ensure Republicans control Congress that the party would be energized and creating solutions to the problems facing America. Yet, so far Republicans have done little to show voters why we should have given them a chance. Even at the recent Conservative Political Action Conference (CPAC) the predicable list of attendees were there and for many who watched the coverage, it felt as though we didn’t miss much at all. Talking point speeches will not win against the Clinton machine.

An article written in the American Thinker asks the question, “Why vote Republican?” Contributor Dr. Brian Joondeph, MD reminds us that so far, Republicans are acting as though they didn’t win the 2014 midterms by caving on important positions, such as defunding Obama’s executive action on amnesty and allowing Harry Reid to operate in the Senate as though his party is in control.

Why doesn’t Mitch McConnell enact the “nuclear option,” like the Democrats did, to get the people’s agenda done? If McConnell and Boehner continue to cave just because the mainstream media continues to blame Republicans (which will never change), why would an Independent or Conservative want to vote for a Republican in 2016?

If we don’t stand up for our beliefs and principals when the going gets tough in Congress, why should we believe Hillary won’t win?  Conservatives should never underestimate the prospect of Hillary winning in 2016. Clinton is the only hope for the Democrats and that means all those billionaire liberals won’t have to divide all their money among several candidates because their sole saving grace will be Hillary.

So far Hillary has had no problem in padding her campaign coffers or building her staff. Many of the same faces that brought success for Barack Obama, twice, have signed up to ensure the United States lives through another Clinton presidency. However, make no mistake:  a Hillary administration will look nothing like Bill’s but more like Obama’s. Hillary has never hidden her progressive views and values which we will most certainly see if she is elected in 2016. The liberal and progressive base of the Democrat Party will be energized and ready to campaign for her–which means conservatives cannot make the same decisions they did in 2012 regarding Romney.  We know how that turned out.

In order for conservatives to win the voter turnout, candidates and those in Congress will have to bring plans of actions to the table. Talking points are nothing more than wasted attempts at appeasing a large number of voters whose patience has worn thin. We need more “Contract for America” ideas, created in 1996 by bold Republicans in order to bypass the flat approval ratings of Congress. Democrats will most certainly bring the same playbook for the 2016 race.

Daniel Greenfield: Our Crucial Choice of the War on Terror