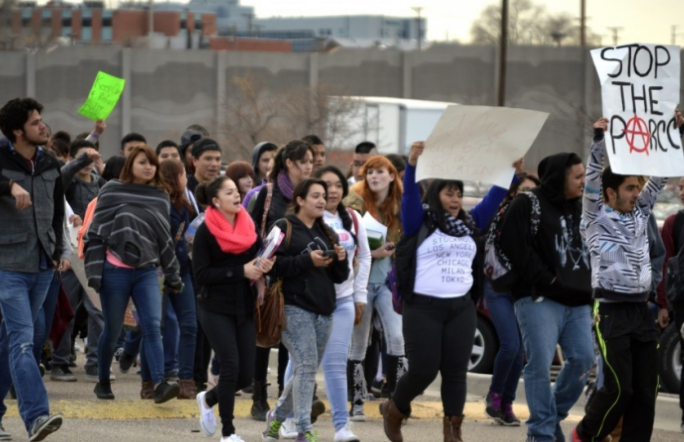 I’ve heard all kinds of things about teachers’ unions; the good, the bad, and the ugly. I’ve even written a couple pieces on how the 2 big teachers’ unions in the U.S. have made poor decisions and for the most part, to not represent the average teacher.

Lately I have seen a lot of news stories about high school students walking out and protesting the use of standardized tests. I’m all for this if it’s a protest thought of, planned by, and promoted among the students themselves.

Many sites will claim that the students need to walk out and protest these tests and not take them because the students are the ones, after all, who will be ideologically indoctrinated under them.

I find that statement, and statements like that, a little ironic. In many of the schools where the students hold protests there is a large union presence with teachers who discuss union issues and unfair treatment with their classes.

Some of the schools have had the teachers walk out and do their own protestations or picket lines and some are craftier in that they have their students do it for them. How’s that for skipping the test to avoid ideological indoctrination?

I don’t think that the teachers simply tell the kids what to do, I think it’s probably a little more subliminal than that.

In Colorado, last year, there was a large student walk out because of US History standards. They caused all kinds of havoc and were raucous and unrelenting for weeks. A personal contact of mine who lives in Colorado and works closely with the PTA had been reporting on union activities prior to these walk outs for other issues. Teachers were showing videos to their classrooms (as young as elementary age) of how the school district was mistreating said teachers and how the union was stepping in to help.

I recently read an article about a fellowship program aimed at teachers through the Tennessee Education Association and the states’ largest teachers’ unions to educate the teachers on how to basically lobby on behalf of their unions in the state legislature. Of course, that’s not how they put it, but when you boil it down, that is pretty much what it is.

I still don’t see the need for this fellowship program that has been launched in KY, HI, NC, and now TN. We already have radical unions and union members who are manipulating the minds of young children to do the work for them.

So, forgive me, if I don’t seem very ecstatic when I see that students have staged a mass protest against standardized testing. I am just never sure if it is student led or union led.

Do Black Lives Matter Only AFTER Death?

School In NY Has Parents Up in Arms Over New Rule: No Homework