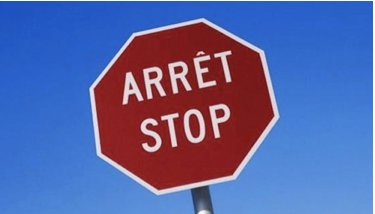 The minister also offered that as French was the fifth most commonly spoken language in the world and the third most commonly used language in business, it deserved preservation. Girardin also remarked that it will, “soon be spoken by 350 million young people in Africa.” It can only be assumed that the languages currently spoken in Africa are not as important as French and therefore no need to continue their languages as they are NOT a “chance or an asset that needs to be exploited.”

However, it seems France’s Minister of Culture, Fleur Pellerin has a different opinion. According to Pellerin, there is “no point in protecting French from outside influences like English.” The French culture ministry has been made a laughing stock with their attempts to stop the spread of English words used in the French language. Most recently, the ministry tried to change the word “email” to the word “courriel” and the word “hashtag” to the word “mot-diese.”

So many departments exist in the U.S government but I do not think I have heard of the Department of the English language or the Department of the United States Culture. Yet, Americans are commonly called the cultural imperialist. We may try to spread the ideas of liberty, democracy, freedom, and capitalism but at least we are not guilty of being the world language police.

These two views were openly discussed this week in France and in other French speaking countries. It seems it was the French and Francophonie Week which celebrates the French language…which the two ministers both claim will soon be spoken by hundreds of millions with the spread of French across Africa. It is currently spoken by 274 million people while English is the primary language spoken by an estimated 359 million people. It’s worth noting that an article by David Crystal in a January 2000 edition of English Teaching suggested that 1.5 billion people speak English.

Are Your Conversations With Your Child Being Tracked?