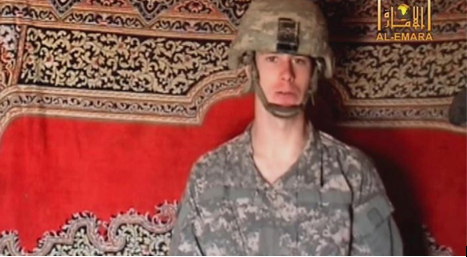 Over the weekend, The Stars and Stripes printed an article about Bowe Bergdahl having been charged with desertion. Among the article was a section devoted to what active duty service members think of the Army’s decision to charge him with desertion. At last check, an online poll was also being conducted which asked the question: Do you think the Army made the right decision to charge Bowe Bergdahl with desertion? The respondents so far, have overwhelming selected YES=89% (604) NO=7% (48) and Don’t Know=3% (23).

Living in the Army community for over a decade, I have an appreciation for soldiers and the way they think about unit cohesion, patriotism, duty, honor, and service to country…above self. As a U.S. Navy veteran myself, I have my own views of these attributes which are essentially parallel to that of my Army husband and his friends. The consensus among my military family, friends, and veterans, is that the Army made the right call and Bergdahl will have his day in court to defend his actions.

So, why is it that what stinks in the Bergdahl trade is still just as odorous as it was the day we heard the news of his return and watched the President greet his parents on the White House lawn? Perhaps it is because the rumors and stories coming from Bergdahl’s fellow platoon members offered early evidence that Bowe was anything but a hero. Maybe it was the countless stories about the lost or injured servicemen who had attempted to find Bergdahl after he went missing from his post. Still, it might have been the father of Bergdahl delivering his response to his sons release in Pashto, the language spoken by the Taliban.

If what stinks cannot be found in the items mentioned above, then maybe we need to look at what brought about this trade in the first place. President Obama specifically and with forethought, violated the law by circumventing Congress to make a deal for Bergdahl’s release. Having already gone to Congress previously and being told that such a trade was unacceptable because the U.S. does NOT negotiate with terrorists, Obama thumbed his nose at Congress and went ahead undeterred, by the Law he claims to have taught.

What can be said for certain is that no one knew for sure what happened the day Bergdahl walked away from his post. There was an investigation into his disappearance and the conclusion was left open until the soldier could be found and more questions answered. Normally, a soldier has a buddy who can detail exactly what happened leading up to and after a fellow soldier is taken. That only works when both the soldiers are watching each other’s backs and not attempting to sneak away undetected.

What can be known for certain is that the five terrorists freed in exchange for Bergdahl were and are dangerous men who were (and likely will be again) responsible for the deaths of U.S. service members. It may be here that we need search no more for what stinks in the trade. However, just in case, let’s look a little further to make certain we have not overlooked the real “rot” in this story.

Let’s take a look back at what Susan Rice said during an ABC news interview shortly after Bergdahl was released. When asked if Bergdahl would face discipline or pay the price for possibly deserting his post, Rice responded, “Certainly anybody who has been held in captivity in those conditions, certainly, for five years, has paid an extraordinary price.” Rice continued, “But that is not the point, the point is he is back.” Well, the service members who died or were wounded looking for him would argue that it is the point. There are consequences for the behaviors of individuals and especially individuals in a supervisory role, on active duty, and in a combat zone. Rice would hardly have made such a statement had she been aware of, or appreciative of, the code of conduct in the U.S. military.

Rice was not finished with her Omnipotent powers of observation, on what happened to Bergdahl during his time in captivity. It would seem Rice knew more than the soldiers who served alongside this soldier and who searched for him after his disappearance when she stated, “He served the United States with honor and distinction.” No ma’am, you did not know that then and could not have known that to be true regardless of your position in the White House. You were overstepping your authority and attempting to dictate to the Army how they should classify one of their own.

Maybe the last one stinks the most because as a veteran I know that the military uses that phrase “With Honor and Distinction” often when they are awarding a medal to a military member for exceptional service. It cheapens those words to have someone not in the uniform and not in the chain of command, use them to describe a soldier they have never served with nor observed performing his duty for the United States. The POTUS and his administration have done a great deal to cheapen the honor of our military and of these United States. What else are we to expect from a man who never served anyone a day in his life?

I Saw My Father's Heart Today

Avalanche of Intolerance Unleashed Against Indiana’s People of Faith