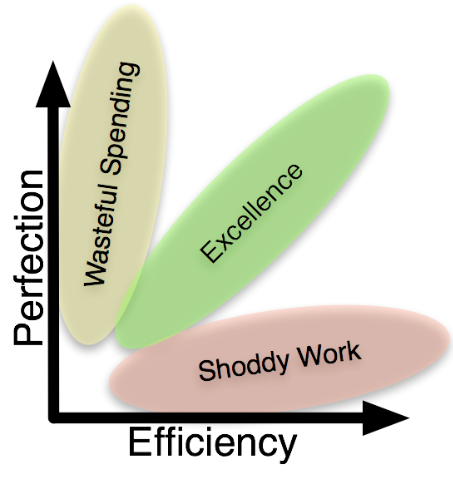 A standard is a fixed level of attainment or achievement. It is stationary and neither wavers nor moves.  America has no balanced budget, nobody in our government is being held accountable, more and more government give-aways, more people on food stamps than any time in America’s history, freeloaders outnumber producers, this list goes on and on, and nobody is taking responsibility for any of it. So many people appear to have no awareness that government has no money of its own; government produces nothing. To the contrary, government must take from somebody before it can give to another.

I believe that an understanding of basic 3rd grade economics and budgeting would go a long way in solving this problem. Is Economics even being taught anymore at any age? How about the satisfaction in personal achievement, doing one’s very best, and going the extra mile– are children taught today that self esteem and confidence are built only by one’s own personal accomplishments?

My grandchildren spend a lot of time with me, and I do my utmost to teach them invaluable life lessons and to instill in them worthy goals, one of which is the desire to achieve and to excel, along with simple lessons in economics and money management. My eyes and ears are constantly open to opportunities to teach “in the moment,” striking when the iron is hot, so to speak, and just such an opportunity presented itself one afternoon when the subject of government freebies came up. My 8-year old grandson noticed that I was inflamed and asked why. Let me interject here that my grandsons have responsibilities here at my house for which they are paid, and they have the opportunity to earn more if they are willing to do more work. In addition, I teach them how to do the work correctly, and if a bad attitude is displayed, then they do the work— but without compensation.

And so on that afternoon, the 8-year old and I decided to take two weeks to do an experiment in which we would compare government hand-out to personal achievement, and it went like this: We used two jars: I gave him $2 per week for which he did no work; he put those $2 each week in Jar #1. For Jar #2 I gave him $1 per week allowance, plus $.25 for each extra chore, such as taking out the trash, sweeping the porch, folding towels, dusting furniture, stacking firewood, etc.     At the end of the two weeks, we counted the money in both jars, and he was amazed by the difference. He saw for himself the value of the work of his own hands; he was proud of his achievement and could hardly wait to tell his parents the results of our experiment.

Today our government educational system strives to grant self-esteem by praising and rewarding mere effort and by saying that “close” is good enough. They lower the standard or perhaps remove the standard altogether. It is no mystery why we have such nation of takers. Fellow Patriots, “close” is missing the mark; if we are to succeed, then we must have a standard and a standard bearer.   I beacon you to stand with me, look for those among us who keep their eye on the standard, support those in our government who are standard bearers. Together, let us redeem our beloved America and return her to her Constitutional roots.

Daniel Greenfield: It's Either Hillary or Biden

Why I Highly Recommend the Film, 'Do You Believe?'