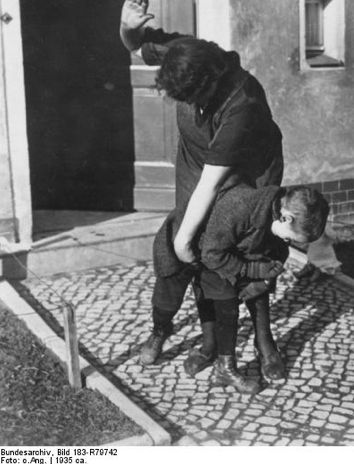 France has come under heavy pressure from the Council of Europe to ban spanking. However, the French are not ready to submit to such parental usurpation. Like other nations in Europe, France already has laws to protect children from abuse but that allow for parents to use minimal corporal punishment. The problem is that the definition for “minimal” or “low” is unclear.

Christine Hernandez, a writer for Frances’s most popular parenting magazine reportedly said, “Many of our readers said that smacking is part of educating children. It’s astonishing that parents still think they have to impose their authority on children from time to time-it’s part of French traditional upbringing.”

Many French parents have said they do not support abuse of children but think an occasional spank, OK. Pamela Druckerman, author of the book Bringing up Bebe (Baby)– about the French method of child rearing, says that the French are more socially conservative than either the UK or the US. She also believes that the UK and the US are showing an interest in the French approach to parenting.

“I think there’s a sense in the UK and elsewhere that the permissive, child-centered model of parenting has gone too far” Druckerman said. She went on to say, “French parents see a new law as insulting their ability to distinguish between a slap and child abuse.”

Parenting - The Joy of the Journey