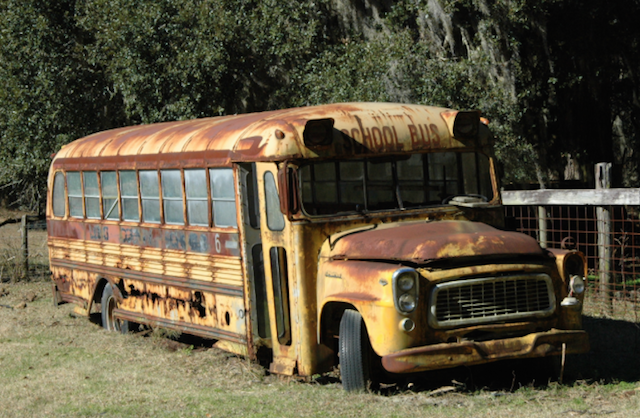 There’s an older Slate article that I’d like to direct your attention to. It really sums up the opinions of so many people who are either completely misled, completely stupid, or social justice, equity for all, bleeding hearts who are so backwards they can only wear potato sacks because they don’t know how to put pants on.

Kidding. Sort of. I’ve talked to people who think like this. And, yes, maybe the Slate writer is being a little “tongue in cheek,” but for the most part, she’s dead serious.

Here is one particularly awesome(ly stupid) quote from the article entitled If You Send Your Kid To A Private School You Are A Bad Person:

“…it seems to me that if every single parent sent every single child to public school, public schools would improve. This would not happen immediately. It could take generations. Your children and grandchildren might get mediocre educations in the meantime, but it will be worth it, for the eventual common good.”

That doesn’t sound communistic at all, right?

But many others go private for religious reasons, or because their kids have behavioral or learning issues, or simply because the public school in their district is not so hot. None of these are compelling reasons.

Does this author even have children?

If you can afford private school (even if affording means scrimping and saving, or taking out loans), chances are that your spawn will be perfectly fine at a crappy public school. She will have support at home (that’s you!) and all the advantages that go along with being a person whose family can pay for and cares about superior education—the exact kind of family that can help your crappy public school become less crappy. She may not learn as much or be as challenged, but take a deep breath and live with that.Oh, but she’s gifted? Well, then, she’ll really be fine.

Yes, most parents want mediocre for their child. Said nobody with a clear head that isn’t planted in their posterior, ever.

The writer goes on to explain how woefully ignorant her public school left her; she knows nothing of history, art, science, or the founding of our nation:

By the way: My parents didn’t send me to this shoddy school because they believed in public ed. They sent me there because that’s where we lived, and they weren’t too worried about it. (Can you imagine?) Take two things from this on your quest to become a better person: 1) Your child will probably do just fine without “the best,” so don’t freak out too much, but 2) do freak out a little more than my parents did—enough to get involved.

I’ll let you read the entire article here, but let me forewarn parents everywhere. If you actually want people like the author of this article to be in charge of our country and your child’s education, then by all means, settle for mediocre.

Now, being of sound mind and intelligent fact based information, I can tell you that I see where the author is going and why she is going there. I wholeheartedly, 100% disagree, and waver between wanting to see people like this water-boarded and made to listen to Fox News for the rest of their lives and deeply pitying them.

At the end she admits liberal guilt and tells everyone to embrace that guilt. Makes sense…it sounds like she wants to punish everyone for what she sees as her own guilt and thinks everyone else should have because, hey, she does, and liberals want to force everyone else to do what they think is right.