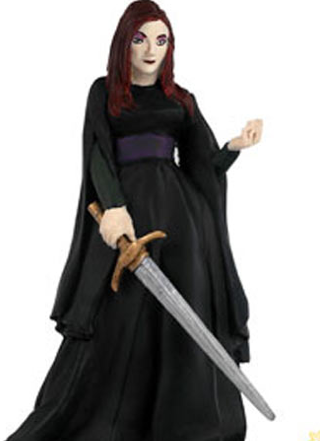 O, what a tangled web we weave when first we practice to deceive.

This could be Oregon’s motto this week. Either that or, “Are you kidding me?!”

Seriously, Oregon’s officials could not be more embarrassing if they tried. Well, maybe if they put on an adult sized Tigger Costume and paraded around for no apparent reason.

I’m going to try to untangle this mess that our ex-Governor and his mistress are in and how it all ties to our new Governor, Kate Brown.

I’ve written in the past about now resigned and controversial Governor Kitzhaber and how shady he was, and still is if the reports are correct, and the way he took tax payers money and gave it to his then girlfriend, now fiancée, Cylvia Hayes in unethical government contracts. He even gave a contract to his top aide’s wife without ever opening bidding.

He lost millions upon millions of dollars in the Cover Oregon debacle. According to an article in Willamette Week, “In public, Kitzhaber assured Oregonians he was working diligently with state officials to find a solution for the website’s woeful performance.

In private, however, Kitzhaber handed oversight of the Cover Oregon mess to a secretive campaign consultant who liked to call herself the Princess of Darkness.”

I have to interject here. Princess of Darkness? Is this a game? Dungeons and Dragons or some stupid role playing game? Oh, I know! Kitzhaber’s role was to bilk Oregonians out of millions in tax money and then the Princess of Darkness came in and saved the day! And by saving the day I really mean, getting Kitzhaber reelected.

WW goes on to say, “By her own admission, Patricia McCaig knew virtually nothing about health care reform or the reasons Cover Oregon had crashed. Her primary mission was not to save a beleaguered state program but to get Kitzhaber re-elected.”

This isn’t the first time the Princess of Darkness has screwed Oregonians over. When elected governor for the third time in 2010, Kitzhaber named her top advisor on the Columbia River Crossing, a proposed bridge project that would connect Portland, Oregon to Vancouver, Washington and a gigantic waste of money. In all, PoD ended up making more than a half million dollars in her capacity as advisor and then working for the top contractor on the failed project.

Now let’s jump over to another strand in the web and talk about how this was all found out, originally. Someone, somewhere in government in Oregon, released the emails implicating the Governor. A whistleblower, if you will.

Now that we have a new Governor, Kate Brown, a good friend of Kitzhaber, we read that the newly sworn in Brown is launching a criminal investigation into who this whistleblower is.

Perhaps Brown doesn’t like government oversight or accountability? Or, perhaps she’s irritated that the same emails leaked have also may reveal how much of all this bad news was known and ignored by Kate Brown, herself.

Oregon Live reports “Meanwhile, two high-ranking state managers were placed on administrative leave on Friday pending a personnel investigation that is separate from the criminal one. One, Michael Rodgers, is the same manager who blocked a well-publicized effort by Kitzhaber’s staff to delete copies of his personal emails stored in state archives.” These managers have also gotten “in trouble” for contacting the federal prosecutors handling the Kitzhaber investigation.

Apparently the Princess of Darkness wasn’t billing Kitzhaber’s campaign in 2014, when she was also handed complete oversight of Cover Oregon and emails about the subject went to then Sec of State Kate Brown. Brown’s response to Patricia McCaig “working off the books” wasn’t even a slap on the wrist for the “Princess of Darkness”: “No need to report McCaig’s in-kind political work.”

Now we’ll move over to the last little tidbit that I thought was telling and also, frankly, embarrassing.

Imagine, if you will, a disgraced Governor and his fiancée, frantically trying to get rid of evidence of their wrongdoings. They can’t get their emails deleted and even though their friend, the new Governor, is trying her hardest to shut down whistleblowers, the devious duo know they have some things that could implicate them.

Whatever are they to do? The have to ditch this evidence. So they drive over one hundred miles away and are caught at, get this, a dump.

“The former governor and Hayes showed up at the Knott Landfill southeast of Bend in a pickup and an SUV about 2 p.m. last Friday and spent a few minutes dumping trash, according to Timm Schimke, the director of the Deschutes County Solid Waste Department.

As it happened, there was a glitch processing the credit card that the former first couple offered for payment — one that locked up the entire system and required a supervisor to reset.

At that point, workers recognized who they were dealing with and apparently decided the dumping might be of interest to law enforcement. Kitzhaber and Hayes are targets of a federal investigation.

Deputies from the Deschutes County Sheriff’s Office arrived quickly thereafter. Workers directed them right to the trash in question as the entire episode was captured on camera.”

I wish you could hear me laughing. Because this is just so embarrassing. You can’t make it up. And I know I called Oregon a freak show in an article I wrote previously, but, wow, how low can ya go?

I don’t know if they found anything in the garbage the couple were dumping, and I can surely imagine Kitzhaber losing it when their credit card glitched. He’s probably wondering why they can’t seem to catch a break.

Well, Governor, maybe next time, instead of sticking to your fiancee’s environmentally sustainable rules for recycling and dumping, you could take my advice and just burn it.

Or don’t, because the image in my head of you at a dump ditching possible evidence with your shady girlfriend does give me a good laugh.

Democrat Party Is a House Of Cards