Here it is folks. Just in case you are in denial about Obama’s Communist plans for America, check out these quotes published on December, 2013 by Forbes.com. Don’t let the date fool you. He hasn’t changed his tune since 2008—just in case you were trying to think positively. He’s actually intensified it.

…there is a certain crowd in Washington who, for the last few decades, have said, let’s respond to this economic challenge with the same old tune. ‘The market will take care of everything,’ they tell us. If we just cut more regulations and cut more taxes–especially for the wealthy–our economy will grow stronger. Sure, they say, there will be winners and losers. But if the winners do really well, then jobs and prosperity will eventually trickle down to everybody else. And, they argue, even if prosperity doesn’t trickle down, well, that’s the price of liberty.

Now, it’s a simple theory. And we have to admit, it’s one that speaks to our rugged individualism and our healthy skepticism of too much government. That’s in America’s DNA. And that theory fits well on a bumper sticker. (Laughter.) But here’s the problem: It doesn’t work. It has never worked. (Applause.) It didn’t work when it was tried in the decade before the Great Depression. It’s not what led to the incredible postwar booms of the ’50s and ’60s. And it didn’t work when we tried it during the last decade. (Applause.) I mean, understand, it’s not as if we haven’t tried this theory. 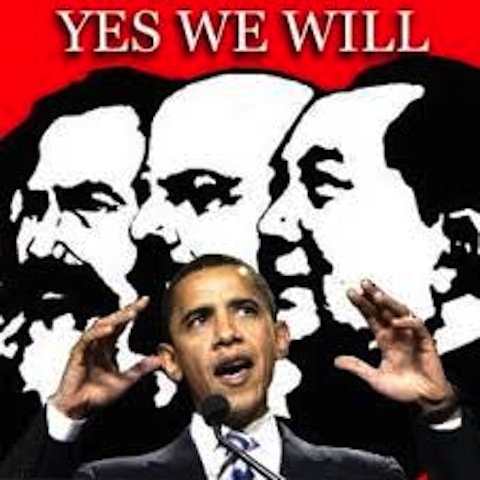 There are so many flaws in his statements I don’t know where to start, so here are some excerpts made by Forbes.com contributor, Harry Binswanger:

Obama blames economic woes, some real manufactured (“inequality”) on a philosophy and policy that was abandoned a century ago. What doesn’t exist is what he says didn’t work.

Obama absurdly suggests that timid, half-hearted, compromisers, like George W. Bush, installed laissez-faire capitalism–on the grounds that they tinkered with one or two regulations (Glass-Steagall) and marginal tax rates–while blanking out the fact that under the Bush administration, government spending ballooned, growing much faster than under Clinton, and 50,000 new regulations were added to the Federal Register.

The philosophy of individualism and the politics of laissez-faire would mean government spending of about one-tenth its present level. It would also mean an end to all regulatory agencies: no SEC, FDA, NLRB, FAA, OSHA, EPA, FTC, ATF, CFTC, FHA, FCC–to name just some of the better known of the 430 agencies listed in the Federal Register.

Even you, dear reader, are probably wondering how on earth anyone could challenge things like Social Security, government schools, and the FDA. But that’s not the point. The point is: these statist, anti-capitalist programs exist and have existed for about a century. The point is: Obama is pretending that the Progressive Era, the New Deal, and the Great Society were repealed, so that he can blame the financial crisis on capitalism. He’s pretending that George Bush was George Washington.

You can read more of Binswanger’s comments at the above Forbes.com link, and I’ll leave you with this.  When Obama said, “…that speaks to our rugged individualism and our healthy skepticism of too much government. That’s in America’s DNA.”

Then he added, “and that theory fits well on a bumper sticker.”

We capitalists and freedom lovers must be as bothersome to you Mr. president (yes, a lower case “p”) as that pesky little Constitution.