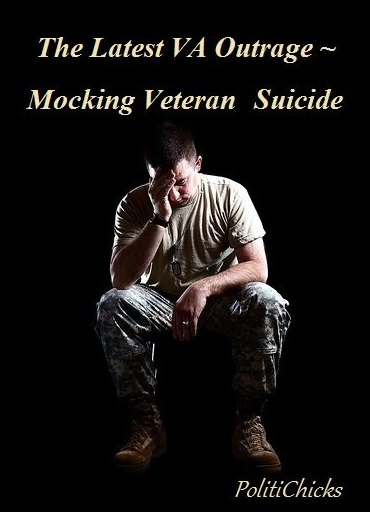 When former Proctor & Gamble CEO Bob McDonald was picked by Obama to take over as the head of Veterans Affairs, the West Point grad was touted by the White House as the “perfect person to lead the Department of Veterans Affairs during this important time.”

When the former VA Secretary Eric Shinseki stepped down, a few suggested names began to pop up among Veterans; one included Kenneth Fisher who is Chairman and CEO of the Fisher House Foundation, a not-for-profit organization started by his uncle who builds comfort homes for families of hospitalized military personnel and veterans. Fisher has been awarded numerous awards, appointments and honorary titles for his work with wounded warriors and Veterans. Given the success of Fisher House, he would have been a great choice.

According to reports at the time however, when Bob McDonald’s name was announced, it was unexpected but Veterans were willing to give McDonald a chance given his leadership in the private sector and his time served as an Army Captain.

Since that time, McDonald has claimed to have fired 900 people, 60 of whom were related to wait times when he appeared on a February broadcast of Meet the Press.

When asked what he meant by “held accountable” McDonald responded, “Nine hundred people have been fired since I became secretary… We’ve got 60 people that we fired who have manipulated wait times.”

According to numerous reports, including a Tampa Bay Times’ Politi Fact article, that claim was patently false. It was found of the 900 people who have been fired under McDonald, half of those were probationary employees, meaning they were just starting work as the scandal had come to light, or weren’t even there when it was going on.

It’s outrageous when McDonald has the authority by the Veterans Access, Choice and Accountability Act to fire supervisors and other upper level employees that he has fired a grand total of five directors and officers who were employed at the time of the scandals.

McDonald also came under fire from numerous Veteran groups and Veterans for his lie about his military service. During a tour in Los Angeles as part of the VA’s effort to locate and house homeless veterans, a homeless man told McDonald that he had served in the special operations forces.

“Special forces? What years?” McDonald responded. “I was in special forces.” The CBS Evening News broadcast the exchange on Jan. 30th.

While McDonald was formally a graduate of Ranger School, he never actually served in a Ranger battalion or other special operations unit. When the news came out that he had lied, McDonald issued an apology saying, “I incorrectly stated that I had been in Special Forces. That was inaccurate and I apologize to anyone that was offended by my misstatement.”

I’ve never served, so I don’t feel I have the right accuse someone of any kind of stolen valor, which many Veterans saw McDonald’s claims as being. However, saying the statement was inaccurate or a misstatement doesn’t go far as an apology should. He lied and he knew it was a lie.

This is indicative of a deeper problem which politicians and bureaucrats have while wondering what the definition of is is, have no problem redirecting focus off of lies onto what they call more pressing issues and getting back to the job at hand.

I’m not a Veteran, but I’m not willing to let him off so easy either. This man was chosen to correct very serious issues which have had detrimental effects on our Veterans. When the head of the VA can lie to a fellow Veteran about his service, it is a pressing issue. Some Veterans groups have been a lot more forgiving, but many still see McDonald’s actions as the same old same.

Most recently a very disturbing report came out about a manager at the Roudebush Veteran Affairs Medical Center in Indianapolis. We have in our country a national disgrace where 22 Veterans kill themselves every day, and yet this VA manager sent an e mail which mocked the mental health problems of returning combat veterans to her employees.

The Indianapolis Star reported that the manager, Robin Paul, is a licensed social worker who manages the hospital’s Seamless Transition Integrated Care Clinic. An e mail which was obtained by the Indy Star shows photos of a toy Christmas elf posing as a patient in what appears to be the hospital’s transitional clinic for returning veterans. In one photograph, the elf has a note next to him saying “Out of Xanax, please help!” In the last photo, he hangs himself with an electrical cord.

An “apology” was sent on her behalf to the Indy Star stating,“I would like to sincerely apologize for the email message and I take full responsibility for this poor judgment… I have put my heart and soul into my work with Veterans for many years. I hold all Veterans and military personnel in the highest regard and am deeply remorseful for any hurt this may have caused.”

For someone who supposedly holds Veterans in the highest regard, sending a photo making fun of veteran suicide is for lack of a better word, repulsive.

Will this momentary lapse of reason be swept under the rug so we can get back to the job at hand? Or will someone who is supposed to be helping our Veterans while making fun of 22 suicides a day be fired?

Veteran’s lives matter and this is a latest outrage on a pile of insults and abuses and it has to stop.

This issue goes beyond politics and it’s about time people realize this and hold all of our representatives accountable for our Veterans who deserve more than lies and disrespect when they have given so much for all of us.