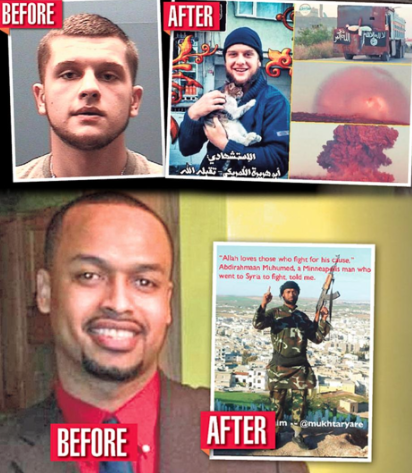 No one usually does anything without reason and conviction. Reason and conviction are what drive all of us to get out of bed. If we feel there is no purpose for our existence then we see no reason to move forward.  This desire for meaning in our life isn’t just something related to our financial efforts or educational endeavors. This desire reaches into the deepest pit of our souls, sometimes in areas many believe doesn’t truly exist in their lives.

A spiritual conviction in life is an innate attribute, given only by God. Those who don’t believe in God give it credence by acknowledging some force or something which sets the world in its motion. That somehow in their existence there is a deep pit that needs to be filled. An empty shell.

We have all felt the emptiness life sometimes hands us. The feeling we believe can only be fulfilled by another person or material items. Maybe we fill that spot with a variety of meditational exercises, which in themselves is soothing to our minds, yet doesn’t fill this hole we feel in our life.

This hole, many of us believe, is where God wants to exist in our life. Because America has decided it is easier to fill and cultivate this area of our hearts and minds with something other than God, we now are in the unusual position on not understanding groups such as ISIS. Groups who believe waging war based on a desire to reinstate a religious structure of life, are now one of our most feared enemies.

Lacking this understanding of a deep faith, however incredibly misguided as in the case of ISIS, America is at a disadvantage of fighting this battle. Those individuals who leave their homes and join radical, seemingly religious-based organizations such as ISIS, may truly be trying to fulfill the strong pull in their lives for something spiritual. Something deeper than our own existence.

As Americans, some people, can’t understand spiritual fulfillment because they haven’t experienced the joy and fulfillment of God being in control of their life. The idea of God being in control, drives people away from a spiritual relationship, because as an individual, they are no longer supreme in their own life. Following God and the teachings of Christ means submitting and giving up our will for God’s will.

America has watered down the teachings of the Bible and what it truly says, to be more inclusive and less offensive of people’s lives. If we are truthful, heavy fisted, Bible thumping preachers have never been the most effective deliverers of God’s message. Christ’s examples of dealing with people has always been the most effective way. In John 8:1-11, a perfect example of Jesus’ compassion is shown with the woman caught in adultery. Yes, He showed everyone has sinned and none of the woman’s accusers had a clean conscience to throw the first stone. Yet Christ also told the woman to, “go and sin no more”. No yelling. No public condemnation. Still in His calm nature, Christ told her exactly what she needed to do – How to live her life from that point forward.

In America, our general population no longer exemplifies a perspective of those who would literally fight to reinstate a belief system. Our belief systems have been hijacked by so many social and cultural fights, which have in many cases used biblical scriptures to defend the desired outcome, many no longer even know what is biblical text and what isn’t.

This lack of biblical knowledge raises the question of how much more effective would America be in the fight against ISIS and other groups in our future, if we had a regeneration of our Christian heritage? A true belief in God and Christ. What if, without fear and reservation, we sat down and began reading the Bible again and learned what it truly said for our life. Certainly, this would be a voluntary action. To make any religion a “state” religion doesn’t allow the teachings to honestly fill the empty shell of our life. However, by reading the Bible and studying the historical contexts of its writing and examples, not only would we find what is true for our life, we might find the answers to the historical reasoning behind radicals who want to dominate the world based on their religious convictions.

Young people have always wanted someone to help guide them. As all of us have made our journey through life, seizing the opportunity to test limits has been a rite of passage. In today’s society we have removed all guardrails and other designations of behavioral limits in life. Accountability is an archaic idea to so many young people today.

Since accountability is low, yet we are created to have a fulfilled life, people will be drawn to craziness, such as ISIS. If individuals are seeking acceptance and direction, they will be drawn to the most intriguing message they can find. They will be drawn like moths to a flame to leaders who share their view and vision in a clear manner, no matter how violent.

Modern wars will now not only be based on territorial domination but basic religious beliefs that are so embedded in individuals, no matter what their initial basis may be, people are willing to give their life for that belief. If America no longer has a belief system it will fall to anything.

We must reconnect with God in this country. It is imperative we understand and embrace a biblical belief, as our forefathers once did. It is what created and grew this nation, and it is what will save it today!

How Hillary Clinton Is Linked to Common Core