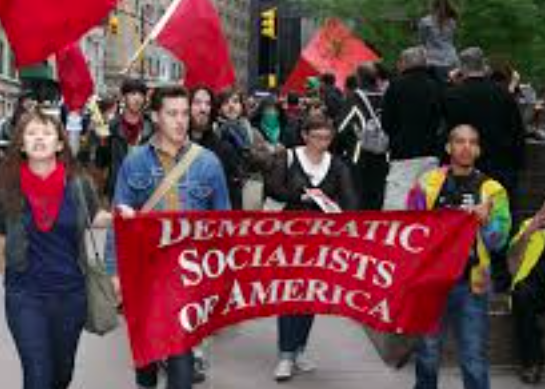 If you do not believe America is in decline, you might be one of the millions of illegal immigrants receiving free housing, clothes, schooling for your children, and medical care thanks to the benevolence of President Barack Hussein Obama. You know to whom I am referring… Those who left the hell hole of whatever failed socialist or communist country of their birth because their government could no longer provide even the most meager items needed to survive. They find the promise of abundance in America to be worth every sacrifice, knowing just being able to cross our border undetected is all they need to do to reap benefits truly needy American citizens can only dream about.

Yes, America is in decline. There is going to have to be a massive shift in the American population and their understanding of what is really going on if we are to have any hope of reversing the fundamental transformation of America. There has been ongoing and relentless indoctrination of our youth into believing all of the evils of the world are a result of the policies and actions of America. Education, particularly American History, has been perverted to fixate on negative events as if isolated from the rest of the world and human civilization.

When I returned to college, a professor in one of my classes, The Cold War and After, explained that what is holding us back is nationalism. A proud self-proclaimed socialist, the class was taught by her along with a visiting professor from Moscow University.

It was interesting to hear them proclaim that American nationalism was standing in the way of achieving a global communist government. Historically, nationalism and nationalist propaganda were used to instill pride of one’s nationality and country, a “fatherland” if you will, in order to expand a country’s power. Today however, nationalism of any kind presents a challenge to those intent on establishing global governance. One nation cannot be favored over another and cultural, religious, and ethnically diverse populations must all learn to coexist in peace and harmony. Moral ambivalence is key to achieving this utopia.

The progressive left, along with a complicit media, engage in public humiliation and vilification of those who understand the exceptionalism of America and our Constitution. This is why the Tea Party is attacked. Look at how they are mocking Ted Cruz. They are standing in the way of those intent on destroying the one truly free Republic in the world, the “last best hope of man on earth,” as President Reagan so eloquently affirmed. Public humiliation is a useful tool in the early stages of methodically planned coercion and destruction. It worked very well for Hitler until his power was established, at which point no one dared speak out against him under threat of imprisonment or death.

Americans who truly value saving our country from destruction must heed the admonition of Roman philosopher, politician, and orator Marcus Tullius Cicero:

“A nation can survive its fools, and even the ambitious. But it cannot survive treason from within. An enemy at the gates is less formidable, for he is known and carries his banner openly. But the traitor moves amongst those within the gate freely, his sly whispers rustling through all the alleys, heard in the very halls of government itself. For the traitor appears not a traitor; he speaks in accents familiar to his victims, and he wears their face and their arguments, he appeals to the baseness that lies deep in the hearts of all men. He rots the soul of a nation, he works secretly and unknown in the night to undermine the pillars of the city, he infects the body politic so that it can no longer resist. A murderer is less to fear. The traitor is the plague.”

Americans must realize we have traitors and enemies residing in the highest levels of government undermining the very foundation of our republic.

Creators of FrackNation Present New 'Verbatim Drama' FERGUSON: How Will YOU Vote?