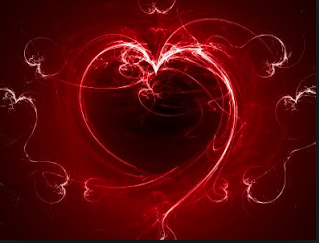 I saw my father’s heart today. My father, nearly 91, spent the morning in confusion, removing his sheets, his gown, and the leads on his chest that once linked him to a monitor. He had already succeeded in removing his IV once. He had no understanding of his nakedness, no comprehension that he was hampering the attempts to observe his vital signs or to make him stronger. All he knew was that he didn’t want to be there. He wanted to go home, which means wherever my mother is.

Dad sat in his hospital bed while an ultrasound tech used her machine to reveal his heart. I have seen such tests before, but I was enthralled. Even with my untrained eye, I could see the four chambers, wonder at the valves opening and closing so regularly. It felt too personal, too intimate, and yet I couldn’t look away. His nakedness meant nothing to him and so nothing to me. Staring at the mechanics of his heart, I felt like a voyeur.

It looked smaller than I thought it should. A pump that has supported a man so many years must be a mighty thing, yet it was small. I imagined it smaller still, beating rapidly in an infant cradled in my grandmother’s arms. I imagined it pumping madly in the chest of a five-year old boy, running and climbing trees in Tennessee while men on Wall Street leapt out of windows. I imagined it thumping with excitement in the chest of a 17-year-old boy-man, heading out on an adventure to the South Pacific, or with fear in that same chest as the horrors of war became real. I imagined a happier beat less than two years later when he stood before a Justice of the Peace with my mother.

I marveled at the heart that had continued its cadence on V-E Day and V-J Day. I wondered if it leapt when he held his first child, if it sank when he sailed again, this time to serve on a hospital ship off the coast of Korea. This heart kept its relentless pace through the assassinations of the Kennedys and King, through the first lunar landing.

It almost stopped when he was in his fifties, and I thought he wouldn’t live to see me marry or witness the birth of my children. Yet it beat strong when my marriage began and as it came to an end. He has seen my children and even the child of my sister’s daughter.

Still it beats its slow and shaky rhythm. This faithful organ has worked through times of joy and times of horror, through deeds brave and honorable, through acts mean and shameful. Sometime in the near future, it will cease.

What is a life? Is it the sum total of all our acts, good and evil? Is it the kindness, love, creativity, and courage displayed while the heart beats? The man who seemed so large and intimidating forty years earlier is now small, frail, and confused. Who is this man who grins at the sight of children and animals? Who is he, this man who smiles easily and cracks jokes — some that only he can understand? Who is the real man — the man I loved and feared as a child, or the man I love and comfort now? Who will he be when his heart ceases to beat?

The examination over, my father was confused by all the attention. He laughed uncertainly and looked to me, reached for my hand. “I know you,” he said. “You’re good.”

I saw my father’s heart today.

Creators of FrackNation Present New 'Verbatim Drama' FERGUSON: How Will YOU Vote?

What STINKS in the Bergdahl Trade?