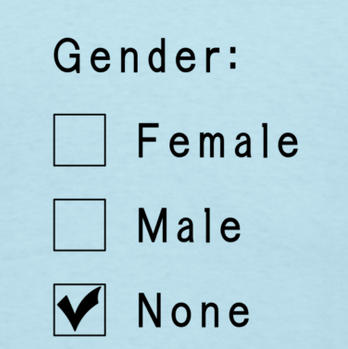 The world in 2015 is slightly backwards. Recently social media was flooded with the story of patron Yvette Cormier, a patron of Planet Fitness, who was stunned to walk into the women’s locker to find a man in there. Not a man dressed as a woman, but a man dressed as a man.  When Cormier complained to the staff, their response incomprehensible response was they have a “no judgment policy.”  Despite this, Cormier went back on several occasions to enlighten other female gym members of the gyms policy, as it is not advertised. The gym promptly revoked her membership.

“Planet Fitness is committed to creating a non-intimidating, welcoming environment for our members. Our gender identity non-discrimination policy states that members and guests may use all gym facilities based on their sincere self-reported gender identity. The manner in which this member expressed her concerns about the policy exhibited behavior that management at the Midland club deemed inappropriate and disruptive to other members, which is a violation of the membership agreement and as a result her membership was cancelled.”

In April 2014 a Planet Fitness patron, who was 18 weeks pregnant at the time, was asked to leave because she was wearing a tank top (see picture, left).

‘I can’t go to a gym where they would make someone feel bad about themselves when they are trying to stay in shape,’ she said.

‘It’s hard enough to get motivated as it is without being made to feel like my body is offensive and that I’m dressed inappropriately.’

Something is amiss here.  For one, no sane parent would (or should) allow their little girl or boy in a restroom or locker room with an adult man in there. Tolerance sounds good in theory, but in practice it allows society to drown in muck and mire. According to this warped thinking, people are supposed to disregard the fact that evil exists and to “trust” that someone who claims to identify as a woman could, in fact, be a rapist, or a voyeur with nefarious intent.

These atrocities seem to be across the board with no end in sight. Americans should be concerned and should fight back. We’re not a genderless society, and we cannot eliminate the terms “male and female” on the whim of a very small minority of people.

Guest Writer Thomas To LGBT Community: I Have a Dream, Too